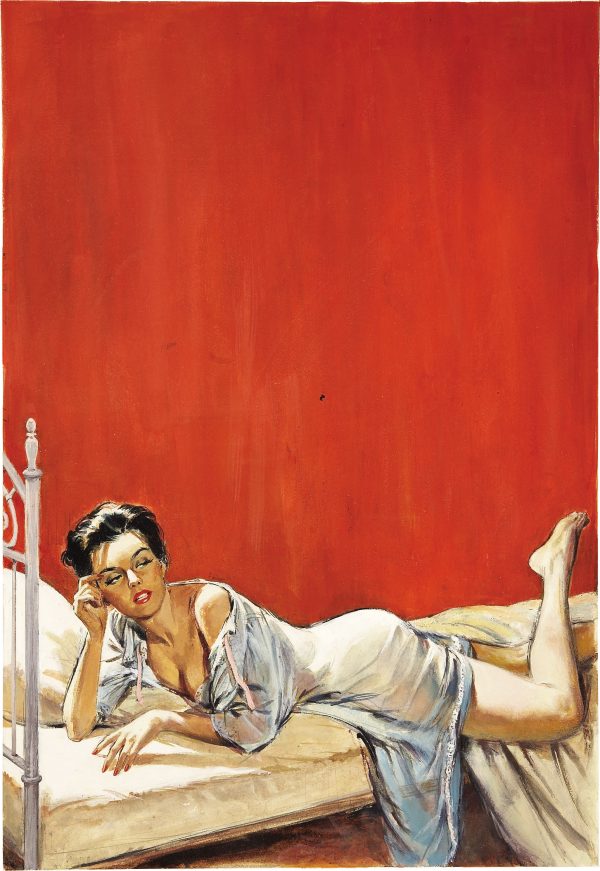 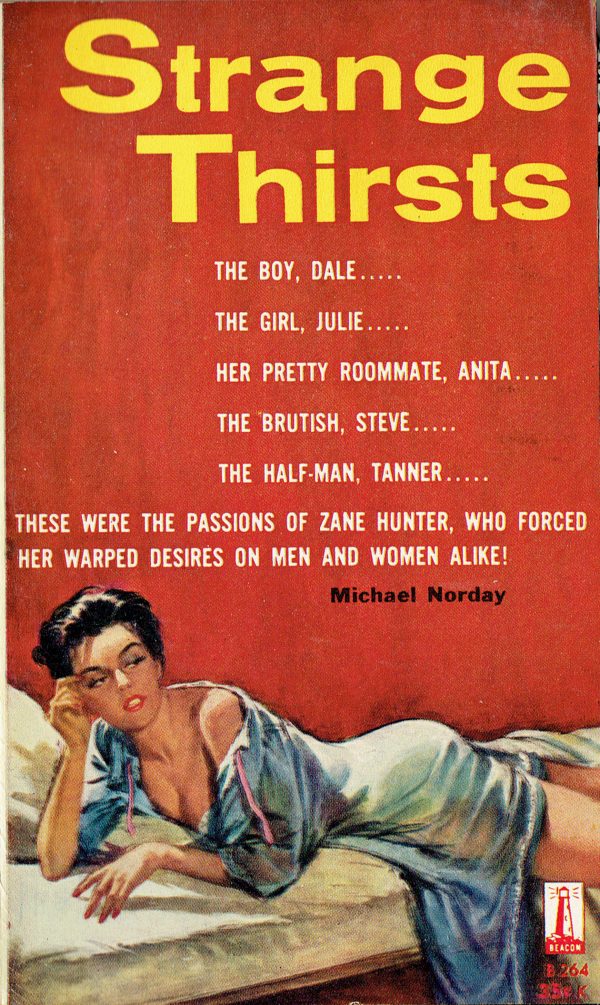 The Boy, Dale…
The Girl, Julie…
Her Pretty Roommate, Anita…
The Brutish, Steve…
The Half-Man, Tanner…
These Were The Passions Of Zane Hunter, Who Forced Her Warped Desires On Men And Women Alike!

When glamorous Zane Hunter was imported to star in the
college play, the young drama students expected plenty — and
they got it! Zane immediately corrupted the campus dramatist,
Dale Sullivan, using him to slake her strange thirsts. She
played peculiar games with other men, too…
Dale, for relief, turned to pretty Julie Hilton. He really loved
her, not knowing that Julie was a girl who enjoyed questionable
ecstasies with other girls-notably the blonde and baby-skinned
co-ed, Anita!

Wild with jealousy, Zane staged a sadistic scene. She forced
Julie into the role of a plaything shared by herself and Anita
-then called in Dale to witness the girl’s degradation. But like
many a drama, this one had a twist. It gave Julie the chance to
escape her secret lusts?