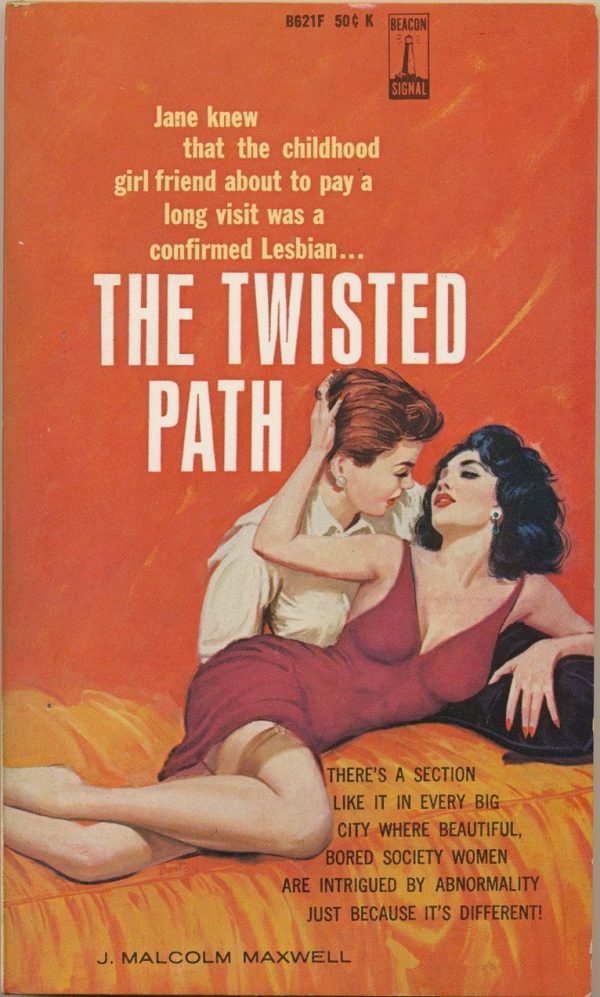 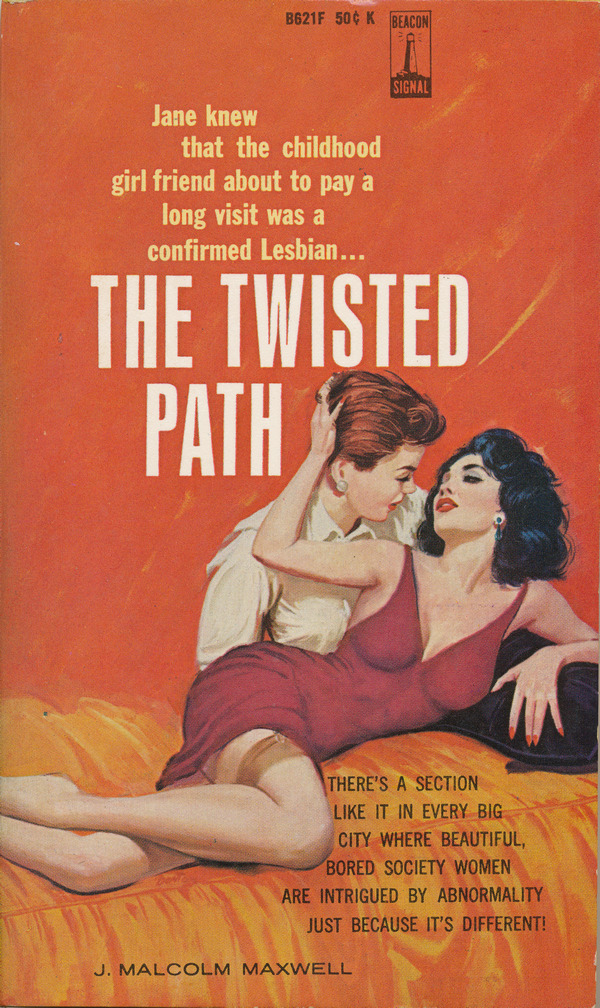 There’s A Section Like It In Every Big City Where Beautiful, Bored Society Women Are Intrigued By Abnormality Just Because It’s Different!

Beautiful, bored Jane Conway was no different from hundreds of other beautiful young wives in New York City’s exclusive Beekman Place area. She had lots of money, not too many morals — and all the time in the world to play. But even the lustiest man got to be a bore after a while…
So when Jane’s Lesbian friend Mary Ann Gilford came to stay for a few weeks… well, that was something different anyway. The trouble was that Mary Ann liked to play her cards both ways… the Kings as well as the Queens… a real double-threat type! [So, not actually a confirmed lesbian?] Jane found herself with a new, intriguing and profoundly disturbing interest in sex. She began to pursue and woo the perfumed charms of other women in her carefree circle… Henrietta Dalton… Judith Oster… Rita Carrielti… all prime Lesbian material… until the imminent ruin of her basically happy marriage forced a comeback to normalcy.
A Penetrating Novel That Explores Why Women With Too Much Time On Their Hands End Up Experimenting In Love