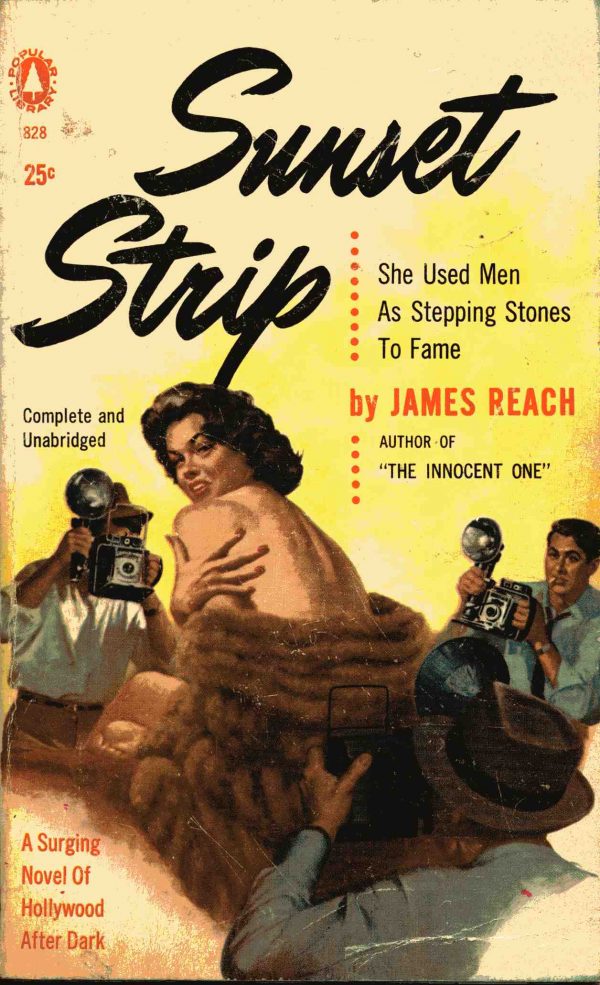 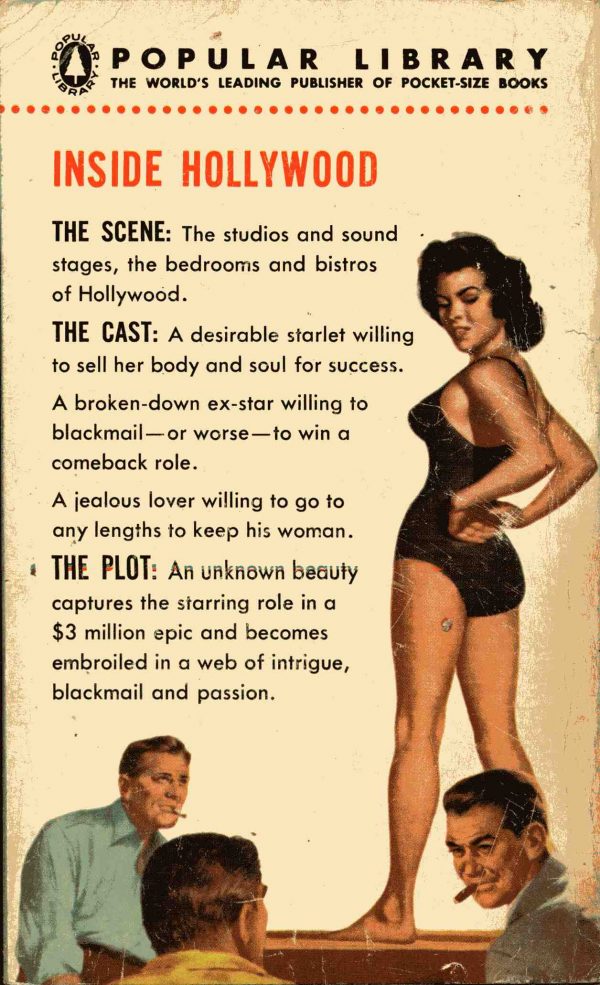 She Used Men As Stepping Stones To Fame

A Surging Novel Of Hollywood After Dark

The Scene: The studios and soundstages, the bedrooms and bistros of Hollywood.

The Cast: A desirable starlet willing to sell her body and soul for success. A broken-down ex-star willing to blackmail — or worse — to win a comeback role. A jealous lover willing to go to any lengths to keep his woman.

The Plot: An unknown beauty captures the starring role in a $3 million epic and becomes embroiled in a web of intrigue, blackmail and passion.