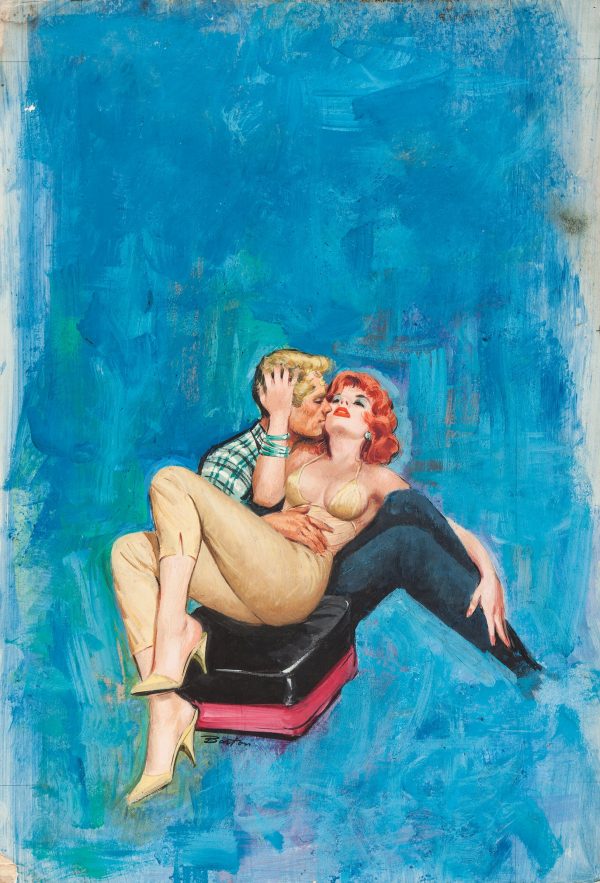 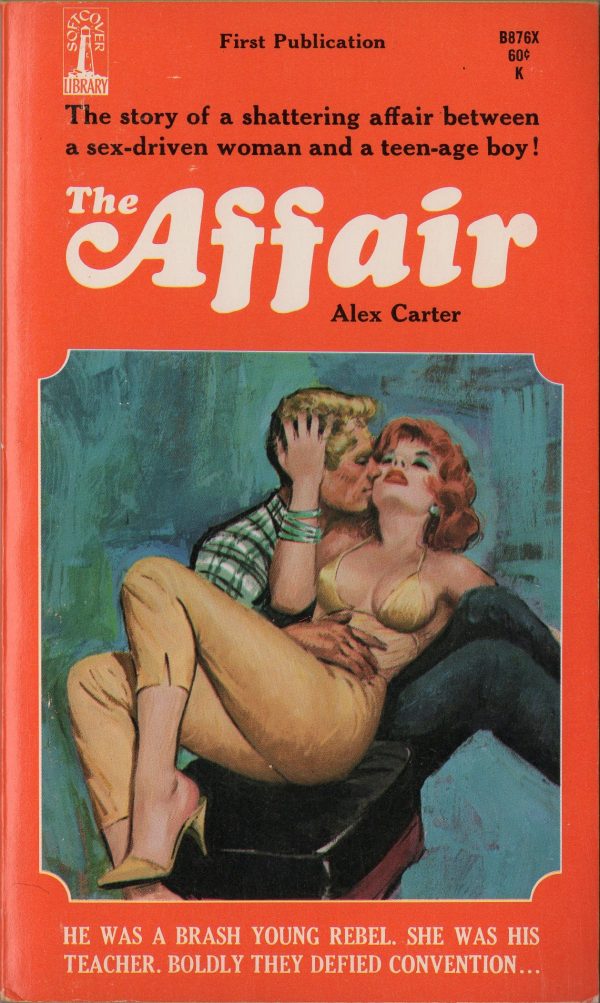 He Was A Brash Young Rebel. She Was His Teacher. Boldly They Defied Convention…
The story of a shattering affair between a sex-driven woman and a teen-age boy!

THE NOVEL THAT PROBES RELATIONS BETWEEN AN OLDER WOMAN AND A TEEN-AGE LOVER . . .
Chuck Lewis, handsome football star, lives in a world of gridiron battles, record hops, beer parties. His adolescent “steady,” Joanie Miller, is willing to please him up to a certain point—but refuses to go all the way. So to satisfy his violent urges, and to make Joanie jealous, Chuck deliberately tempts his pretty high-school teacher, Meg Davidson.
During a private tutoring session, love-starved Meg yields to Chuck’s caresses, launching them both into a reckless and wanton affair. Then Meg marries Chuck, is discharged from her job and scorned by the community. But she has no regrets. All that counts are those frenzied satisfactions in the arms of her young husband.
Only one thing worries Meg. Does Chuck really love her? The answer comes as a crippling shock. Meg is Chuck’s wife. But Joanie Miller is carrying his child!