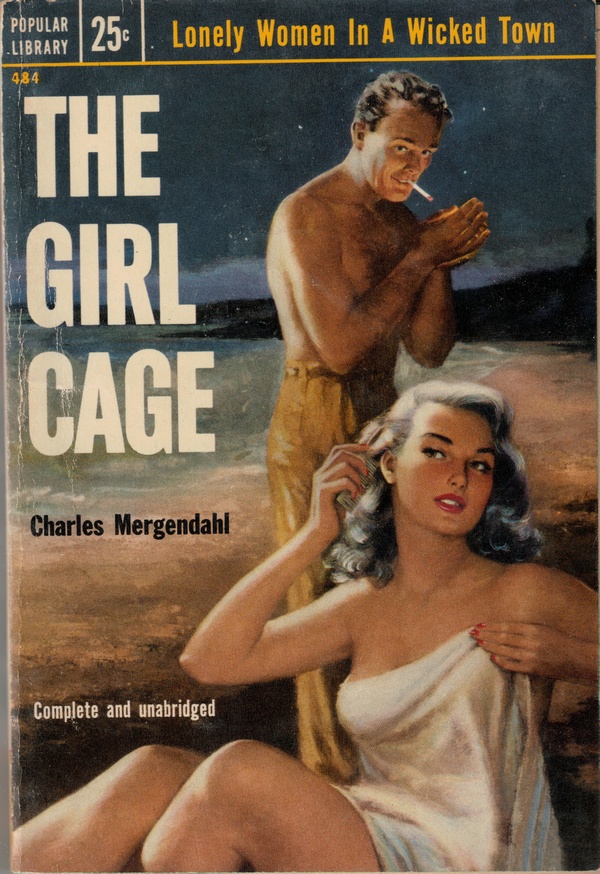 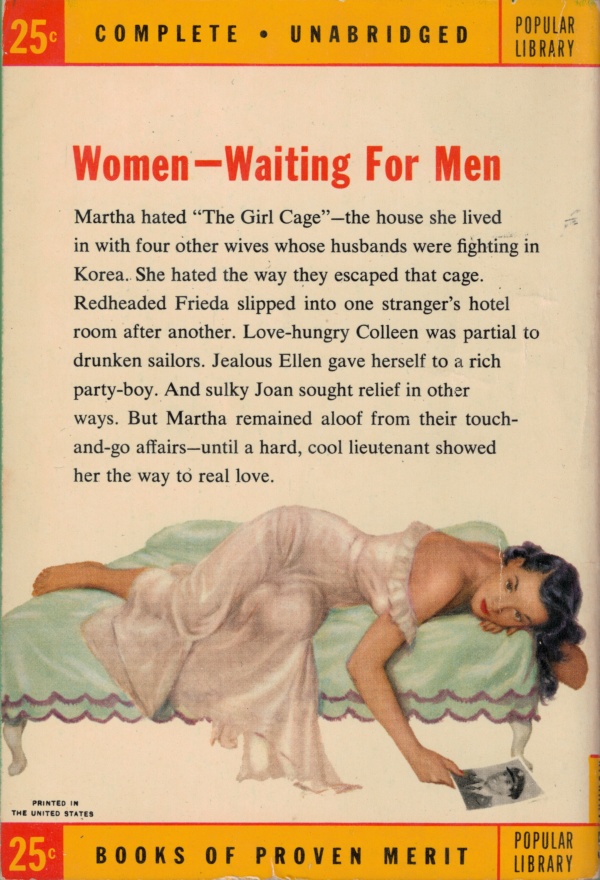 Lonely Women In A Wicked Town

Martha hated “The Girl Cage” — the house she lived in with four other wives whose husbands were fighting in Korea. She hated the way they escaped that cage. Redheaded Frieda slipped into one stranger’s hotel room after another. Love-hungry Colleen was partial to drunken sailors. Jealous Ellen gave herself to a rich party-boy. And sulky Joan sought relief in other ways. But Martha remained aloof from their touch-and-go affairs — until a hard, cool lieutenant showed her the way to real love.

One thought on “The Girl Cage”