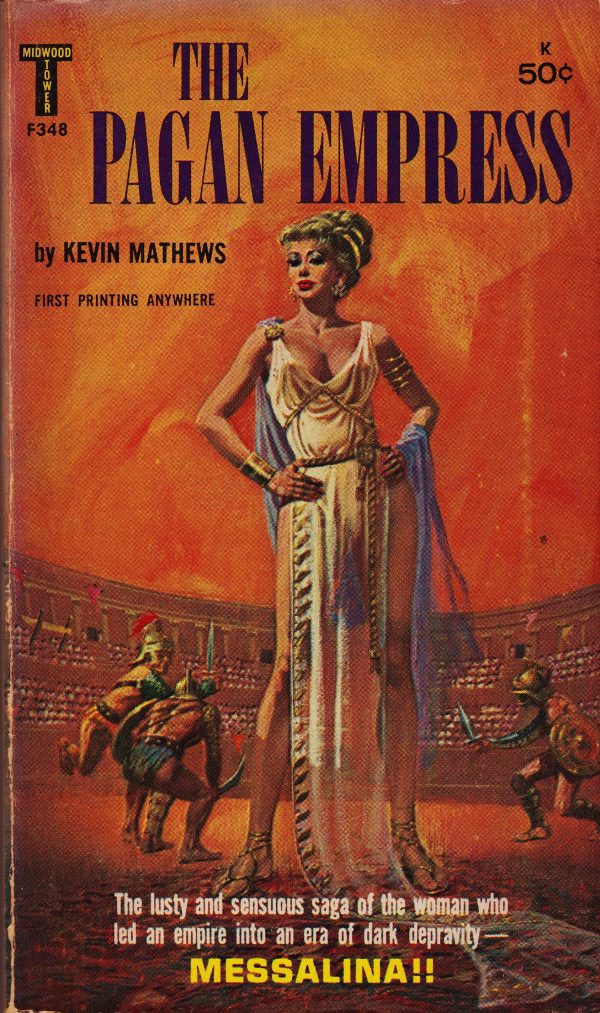 The lusty and sensuous saga of the woman who led an empire into an era of dark depravity — Messalina!!

HAIL MESSALINA—daughter of the devil goddess of all delight empress of all Rome
SHE made jesters out of generals, slaves out of senators, princesses out of prostitutes, love toys out of mighty gladiators—
SHE entered the arena and challenged fierce warriors to mortal combat before thousands of blood-lusting and thrill-hungry subjects—originated the dance of desire that triggered the dusk-till-dawn parties that history still labels Roman orgies—masqueraded as a street-walker and taunted her competitors to night-long contests of proficiency and endurance—
lured her enemies to her bedchamber for a night of rapture and delight before ordering their throats slashed as they lay exhausted and depleted—
She was Messalina—and none dared deny nor disobey her!