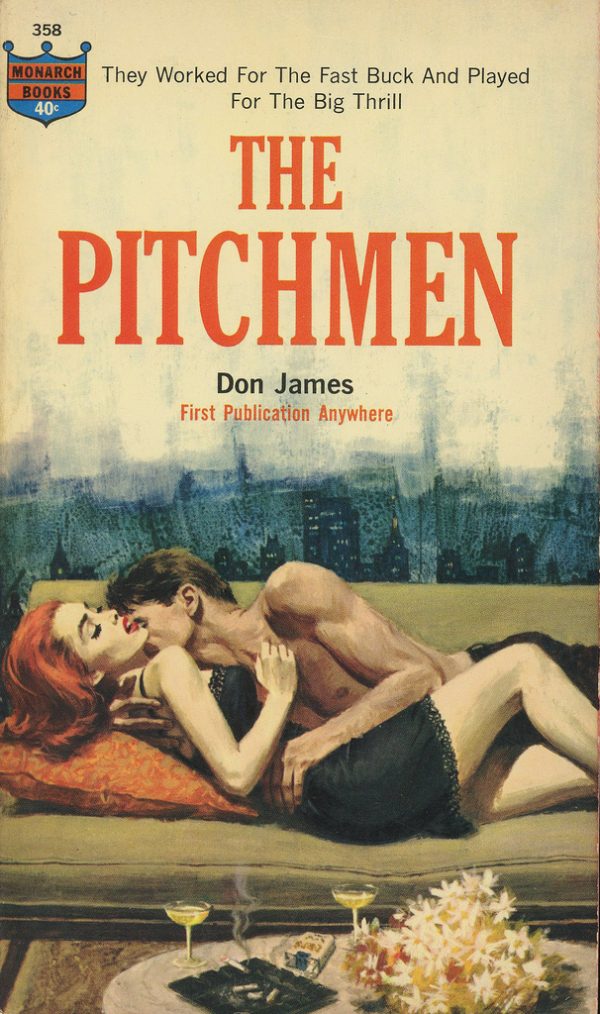 The Lelane’s advertising account depended on so many imponderables that it had the firm of Colton, Lanham and Simpson standing on its collective ear. Just when everyone’s energy should have been channeled toward acquiring this most important client, personal problems popped up like mushrooms after a summer rain.

Only Pete Lanham — another partner — forswore lechery for skulduggery and worked behind the scenes to get the account — and anything else that wasn’t tied down — for his own personal profit. An explosion was inevitable, shattering old loyalties, business arrangements, marriage ties, and even the illicit liaisons which had started the trouble in the first place.