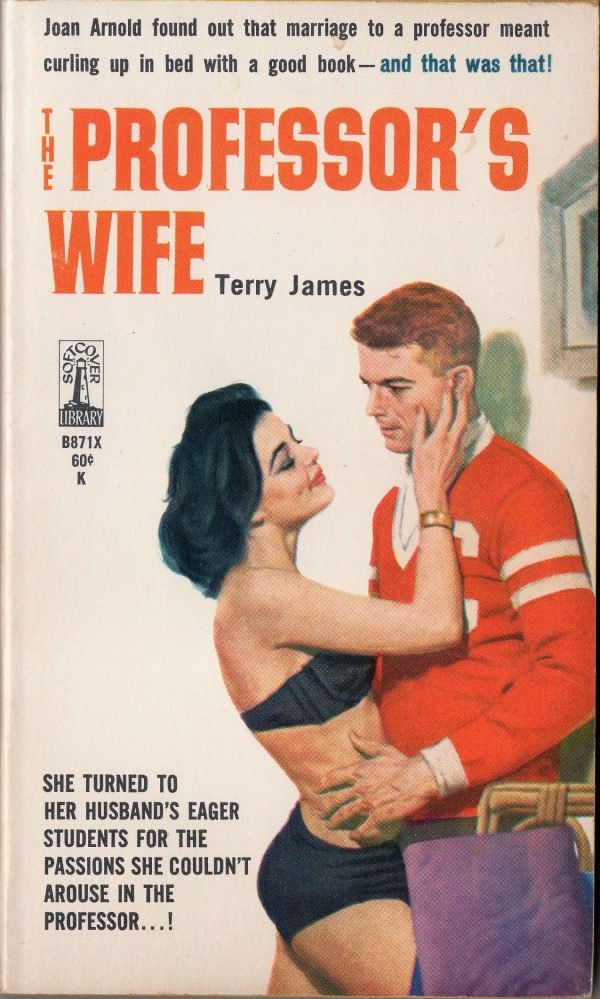 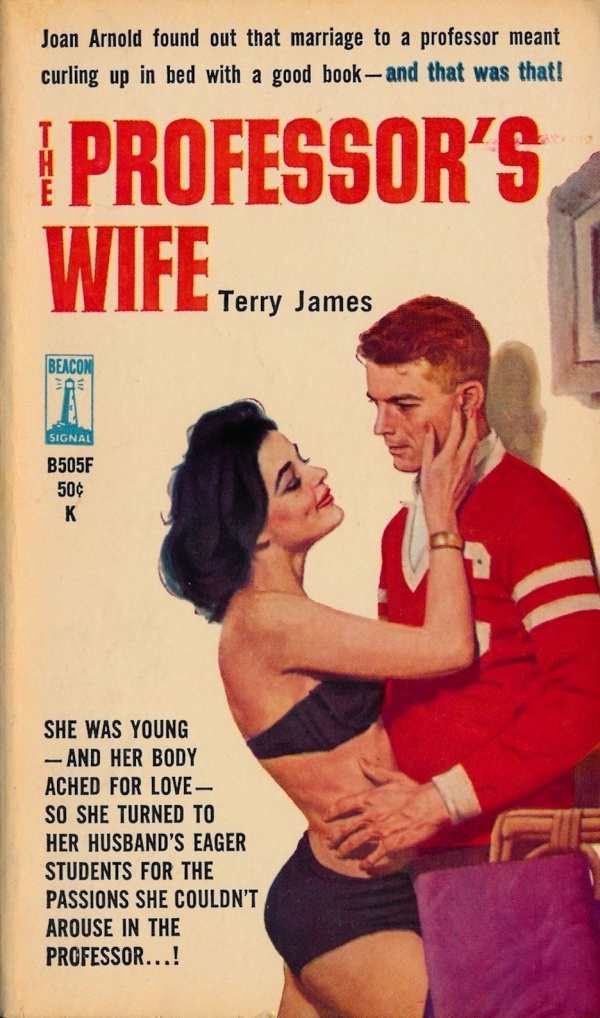 Joan Arnold found out that marriage to a professor meant curling up in bed with a good book — and that was that!
She Was Young — And Her Body Ached For Love — So She Turned To Her Husband’s Eager Students For The Passions She Couldn’t Arouse In The Professor…!

She Was Voted Most Popular On The Campus…Giving Private Lessons To Her Husband’s Students!
Joan Arnold expected more than a meal ticket when she married Professor Fletcher Arnold, who was young and handsome — but sexually disinterested. Unfulfilled, frustrated, burning with eager ardor, she was forced to find her emotional outlet with her husband’s students… the barrier once broken, her natural lust ran wild. Life turned into one quick affair after another and she was headed for nymphomania… until, at a vacation hideaway in the woods, Fletcher revealed a hidden side of himself during a violent, passionate diversion with another woman! Now, exposed to the wonders of uninhibited love, could he keep Joan in his bed…OR WAS IT TOO LATE?
A Bold Novel Of An Aspect Of Campus Life Often Whispered About But Seldom Unmasked — The Affairs Between Students And Professors’ Wives. Here Is “Tea And Sympathy” Gone Wild.