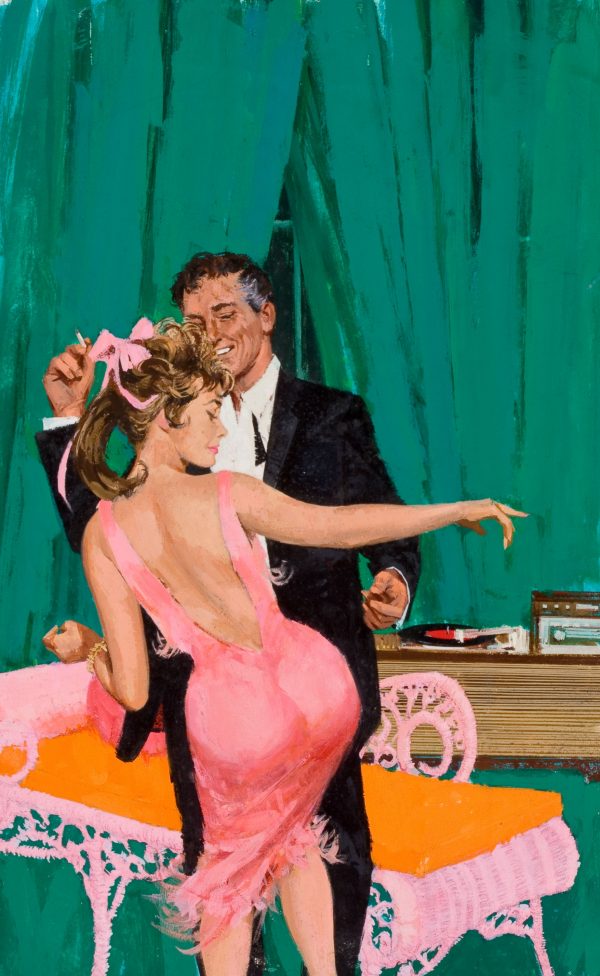 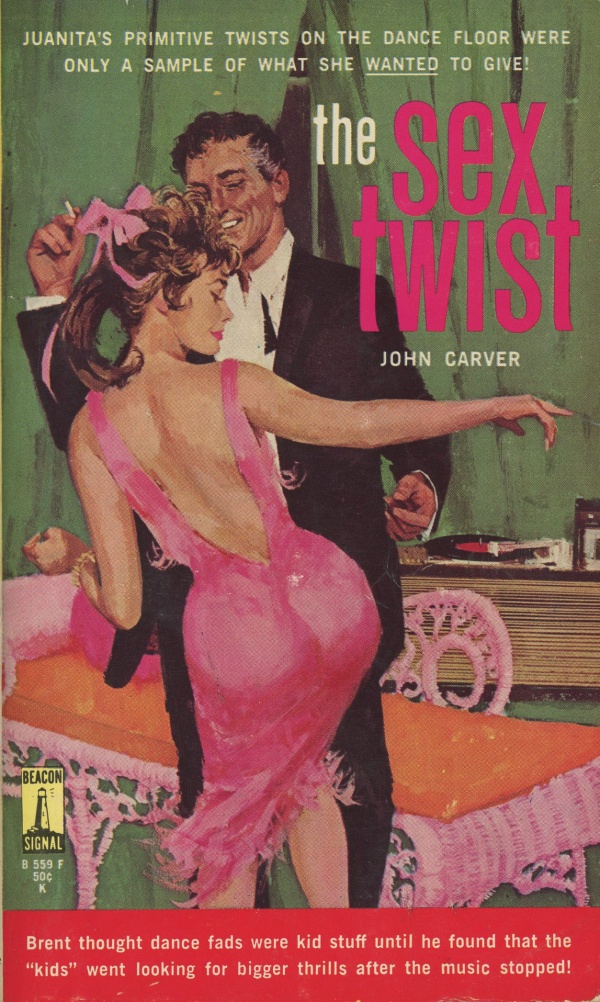 Juanita’s Primitive Twists On The Dance Floor Were Only A Sample Of What She Wanted To Give!

Brent thought dance fads were kid stuff until he found that the “kids” went looking for bigger thrills after the music stopped!

When Juanita Twisted, Every Man Squirmed!

Don Brent was a TV personality with a great offscreen talent for becoming intimately with a sex-troubled beautiful women. There was Marge, his wife, who switched back and forth between two contrasting roles — that of a cold, class-conscious society snob, and that of a swinging, ball-it-up chick who went wildly on the make at drunken parties; Jill, his beautiful secretary, who had trouble remembering where business ended and pleasure began; Doris, married to a hairy-chested he-man type, yet compelled to seek extra-curricular stimulation… and Juanita, the teen-age gamine whose taunting, torrid twisting in a high-school dance contest led straight to a post-graduate education in sex!

One thought on “The Sex Twist”