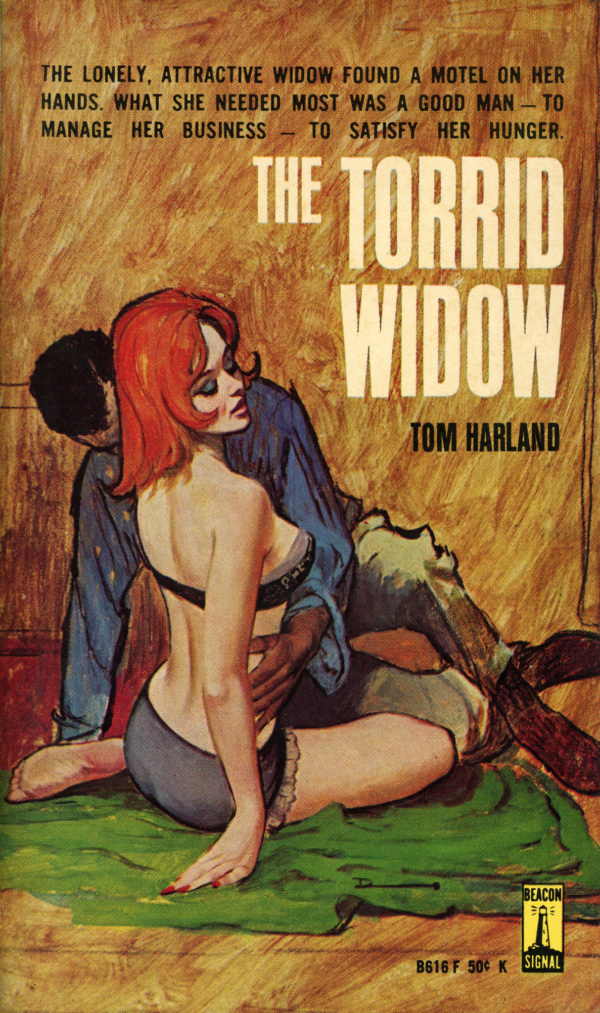 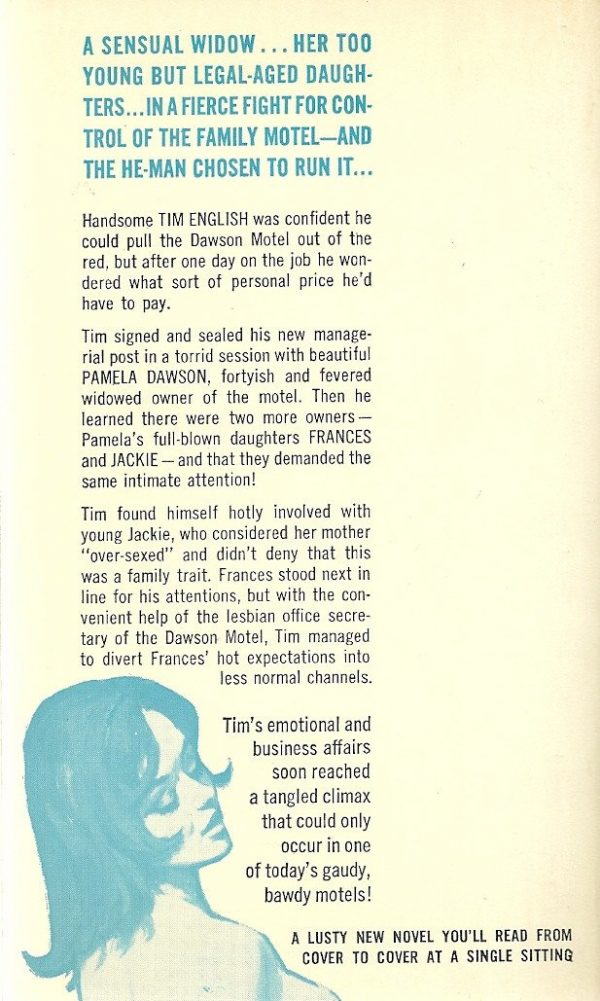 The Lonely, Attractive Widow Found A Motel On Her Hands. What She Needed Most Was A Good Man — To Manage Her Business — To Satisfy Her Hunger.

So, she wants a chef? Right?

A SENSUAL WIDOW… HER TOO YOUNG BUT LEGAL-AGED DAUGHTERS… IN A FIERCE FIGHT FOR CONTROL OF THE FAMILY MOTEL — AND THE HE-MAN CHOSEN TO RUN IT…
Handsome TIM ENGLISH was confident he could pull the Dawson Motel out of the red, but after one day on the job he wondered what sort of personal price he’d have to pay.
Tim signed and sealed his new managerial post in a torrid session with beautiful PAMELA DAWSON, fortyish and fevered widowed owner of the motel. Then he learned there were two more owners — Pamela’s full-blown daughters FRANCES and JACKIE — and that they demanded the same intimate attention!
Tim found himself hotly involved with young Jackie, who considered her mother “over-sexed” and didn’t deny that this was a family trait. Frances stood next in line for his attentions, but with the convenient help of the lesbian office secretary of the Dawson Motel, Tim managed to divert Frances’ hot expectations into less normal channels.
Tim’s emotional and business affairs soon reached a tangled climax that could only occur in one of today’s gaudy, bawdy motels!
A LUSTY NEW NOVEL YOU’LL READ FROM COVER TO COVER AT A SINGLE SITTING