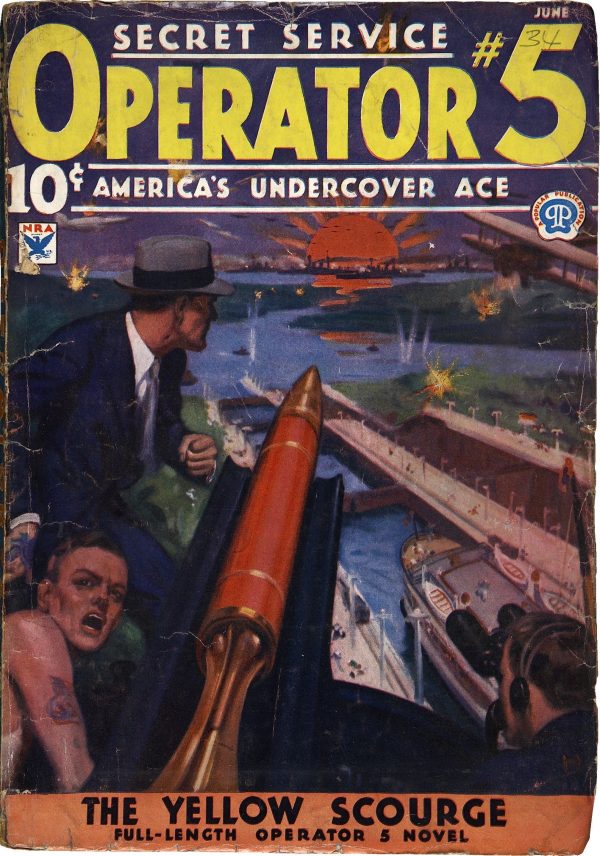 In a naval escapade spanning coastal California to the Panama Canal, Operator 5 tackles a most cunning adversary–Chief secret agent of the Yellow Empire, Kara Vizna, the most dangerous, and most beautiful, secret agent alive.

The Asian Pacific Empire has demanded the surrender of the U.S. Pacific Fleets. Strike first and declare war afterward is their devilish strategy–counterfeiting American vessels to make it seem that the U.S. has instigated the attacks. Only Jimmy Christopher, known in the Intelligence department as Operator 5, has the wherewithal to defeat this devious reign of terror.