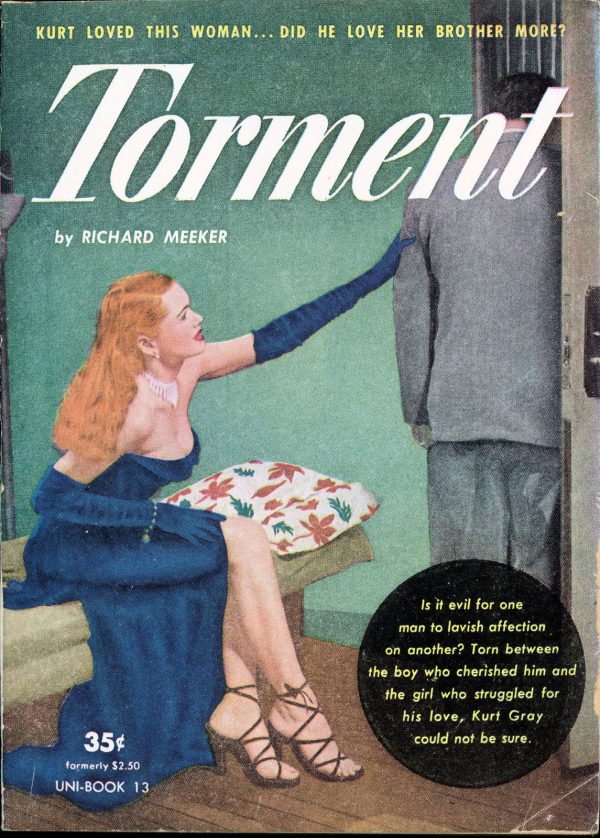 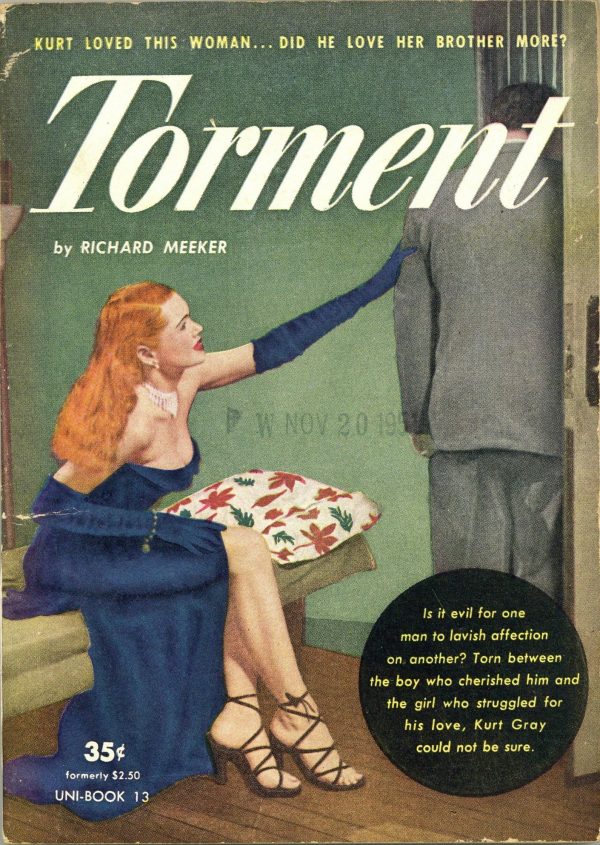 Kurt Loved This Woman — Did He Love Her Brother More?

TO ACCEPT FORBIDDEN ECSTASY OR UTTERLY DENY IT…
THIS was the poignant question torturing Kurt Gray in his pursuit of that happiness which only love can give! For it seemed to Kurt that he was “different”—that he could not derive, as others did, any warm reward from association with the opposite sex. He detected in himself, though he fought it, an irresistible preference for the company of men!
Yielding to temptation and the smooth blandishments of a college classmate, Kurt found himself gradually sinking into a morass of impropriety. Fleeing his home, he settled in Greenwich Village, travelled in France, returned to New York’s musical comedy stage where he achieved success as a composer—but always now with a companion at his side, another of Kurt’s kind, another twisted member of this strange, secret fraternity. Yet, was he really one of them? Or could he still be rescued, restored to normal ways? Chloe, the girl who loved him despite everything, believed that if only she could make him desire her, this would cure him. Deliberately she set out to entice him from abnormality. The story of her sacrifice and what it proved to Kurt makes a superb novel—and one of the most distinguished treatments of a delicate subject to have appeared in recent years!

One thought on “Torment”