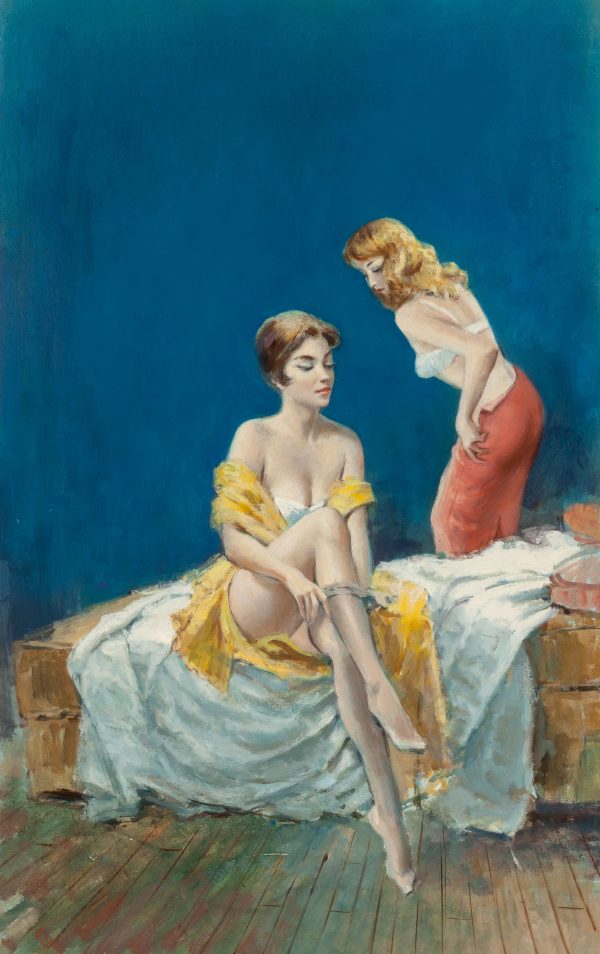 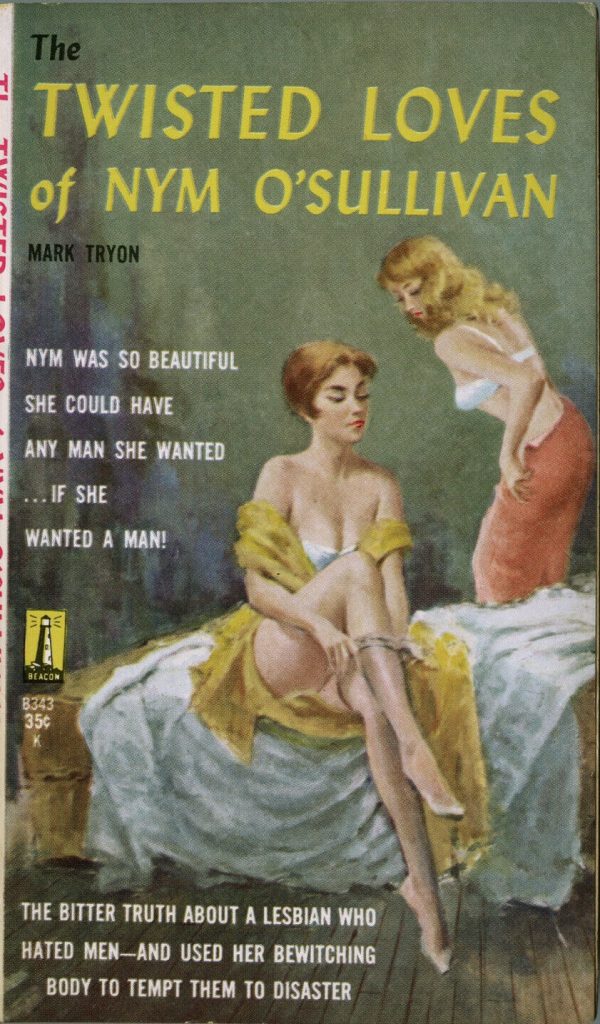 Nym Was So Beautiful She Could Have Any Man She Wanted… If She Wanted A Man!
The Bitter Truth About A Lesbian Who Hated Men — And Used Her Bewitching Body To Tempt Them To Disaster

Some girls can’t be cured… some just don’t want to be!

Selfishness, cruelty and greed… Are these what drive women to unconventional love?
Nym O’Sullivan, born the daughter of a lesbian, grew up hating men. But she was far too tempting to avoid their attentions, and one even forced her to marry him. In revenge, she made him slave of her body — used him, took what he had, then laughed at him. And with that same beautiful body she incited her young lover, Johnny Martel, to undertake a project which would destroy him — and gain Nym more vengeance, more wealth…
Meanwhile, Nym pursued the unnatural bent learned at her mother’s knee. The victims mostly were innocent girls like Lynn Rawlins, the little blonde who never was the same after Nym’s caresses. Then her husband met the redhead whose attractions were well nigh irresistible! Nym had to decide once and for all whether she really prefered degrading embraces — or whether she should fight to hold her husband!

Cover was reused for The Middle Sex in 1970