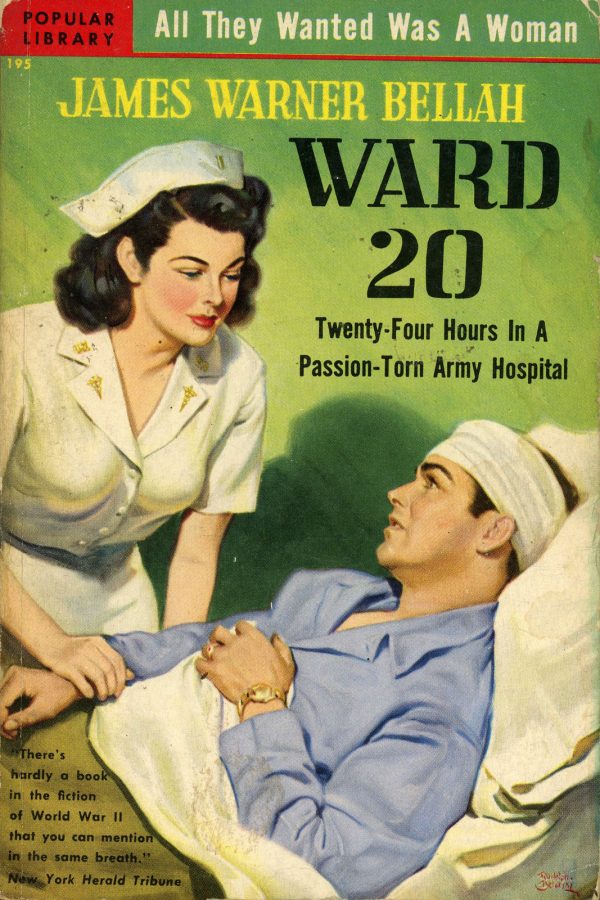 All They Wanted Was A Woman

“You’ve got lovely legs!” Smooth Keenan grinned up at Nurse Patricia Mahon. She blushed and backed away. But his arm was too swift. It snaked out, caught her thighs and dragged her close to the bed … Keenan was only one of the many ex-soldiers rotting away in the amputee ward of an army hospital. There were others like Milton Halpern, blinded and bitter; Tony Schiappas who had lost both legs; and Meneilly whose wife was two-timing him. They had paid the ugly price of war. Now shattered in body and spirit, they found themselves tormented by their need for women — a need so terribly hard to fill. A stark picture of twenty-four hours in the lives of desperate men and the women who waited for them!