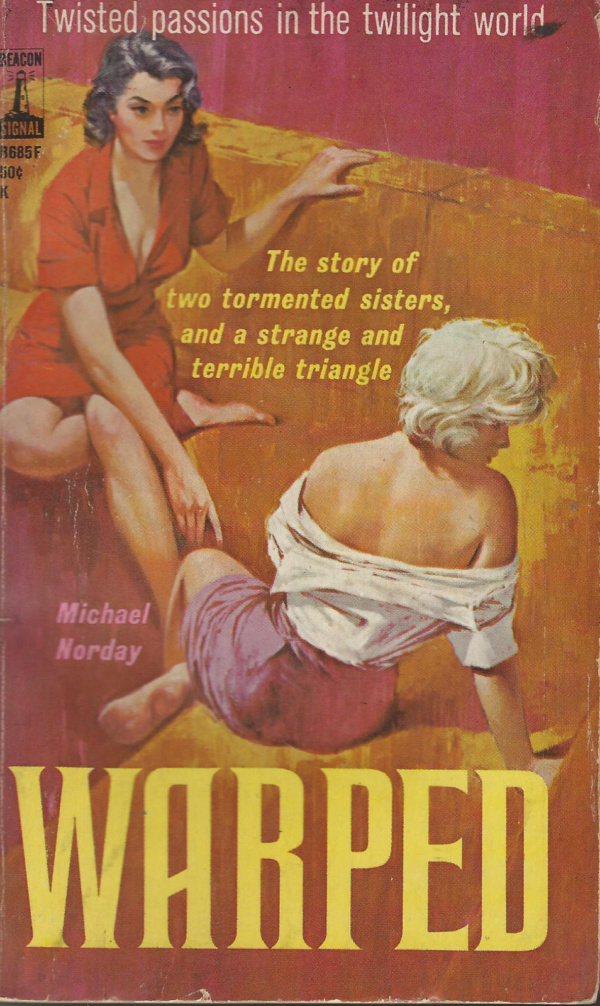 Twisted passions in the twilight world
The story of two tormented sisters, and a strange and terrible triangle

This is a nice cover, but I prefer Clement Micarelli’s.

A slave to sensation — that was redheaded Diana, whose burning
body drew men the way flame draws moths. But each new
lover only fanned higher the terrible passions which tormented
her, and which, unless slaked, would some day consume her.
Then she met the desirable and lovely dancer, Fern Mar, a
girl as bewitching as she was depraved. It was with Fern that
Diana, at last, found her equal in the world of love…

It was then that Diana’s sister, Gwen, fled from the disgrace
of an unwholesome campus weekend. She took refuge with
Diana, the sister she hardly knew. Gwen hoped to find comfort
in her sister’s love — but instead she found it in the embraces
of her sister’s twisted lover!
This Bold Book Comes To Grips With A Major Social Problem: Deviate Women — Damned By Their Own Desires!