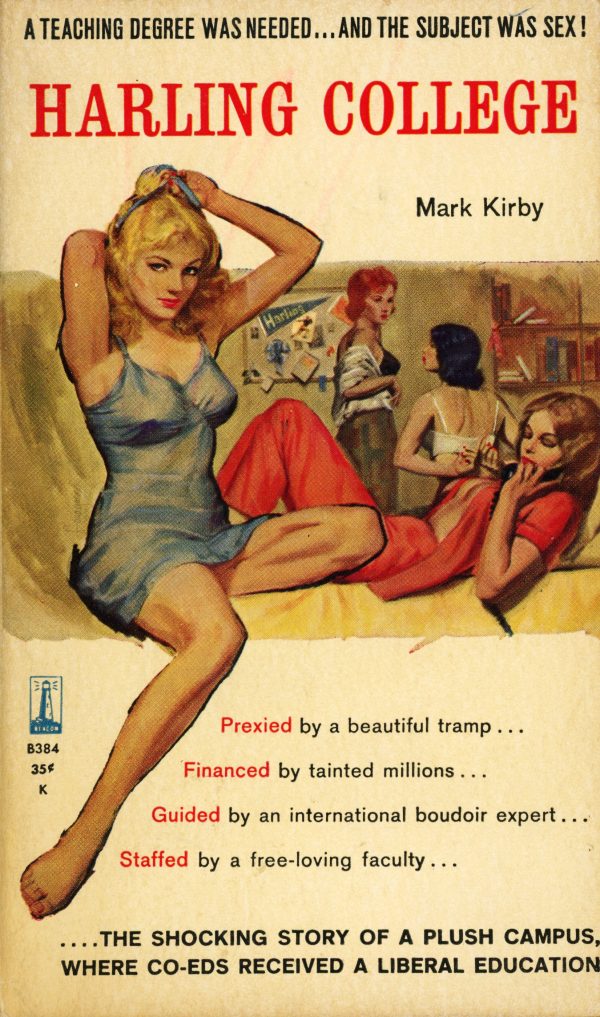 A Teaching Degree Was Needed… And The Subject Was Sex!

The Shocking Story Of A Plush Campus, Where Co-eds Received A Liberal Education

A Girl Learns All Kinds Of Things In College…!

Blonde, bold and busty — Dorothy Benson at twenty was the answer to every lusting male’s prayers. Yet she wasn’t enough for ambitious Jim Harrigan. He used each lovely inch of her, then passed on to the green eyes and greener pastures of petite Cynthia Jamison.

She had a million-dollar figure and a million-dollar bankroll — some of which, for peculiar reasons of her own, she was spending on a very special little college. Suddenly Jim found himself managing a school full of delightful co-eds and bewitching young teachers. Behind Cynthia’s back, he began to taste forbidden sweets, the most appetizing of which was a classroom beauty named Melanie Moore.

All sorts of scandalous doings followed, on and oft the campus. No girl on the place was safe, and no girl wanted to be. Then, one day, Melanie’s shocked fiance visited. The explosive action that followed made Jim wonder if he should not run back to green-eyed Cynthia — or maybe even to his all-but-forgotten blonde Dorothy!