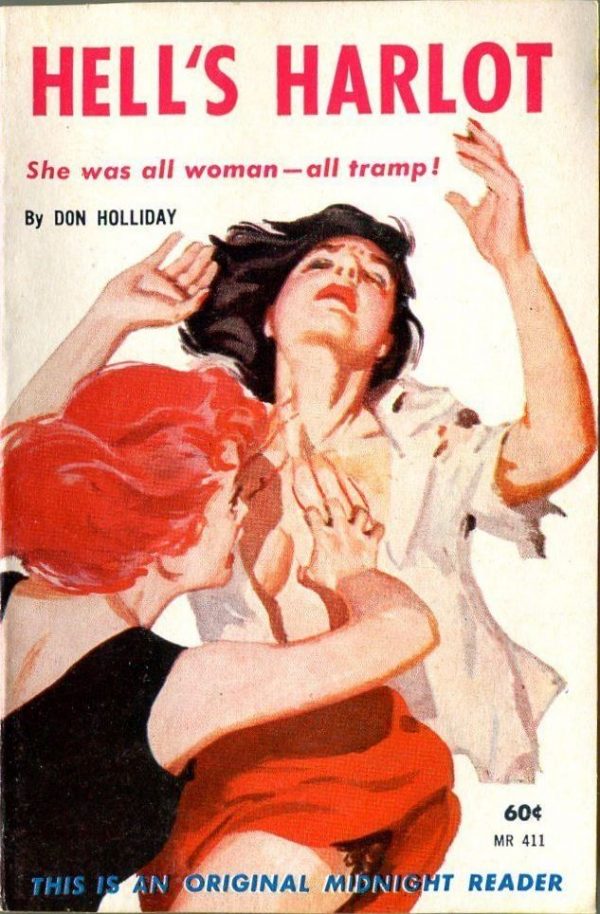 She Was All Woman — All Tramp

was the only name for Gail Reese. At the age of four, almost before she knew the difference between man and woman, she saw her own Aunt in the arms of a strange man, cavorting in sinful pleasure before her young and innocent eyes. And it made its mark on her. Enough of a mark so that at the age of sixteen, a beautiful virgin on the threshold of love, she knew the full horror of being violated brutally by a swine of a man who used her terribly, leaving her spent and bruised, and hating men so much she swore vengeance on all men – to goad them and torment them and drive them to insane heights of desire in search of her arms and lips. She was cold and ruthless, a tease, a woman without morals or ideals. All she knew was that she had what men wanted, and she would give it to them for a high and lustful price. She was a child of the damned