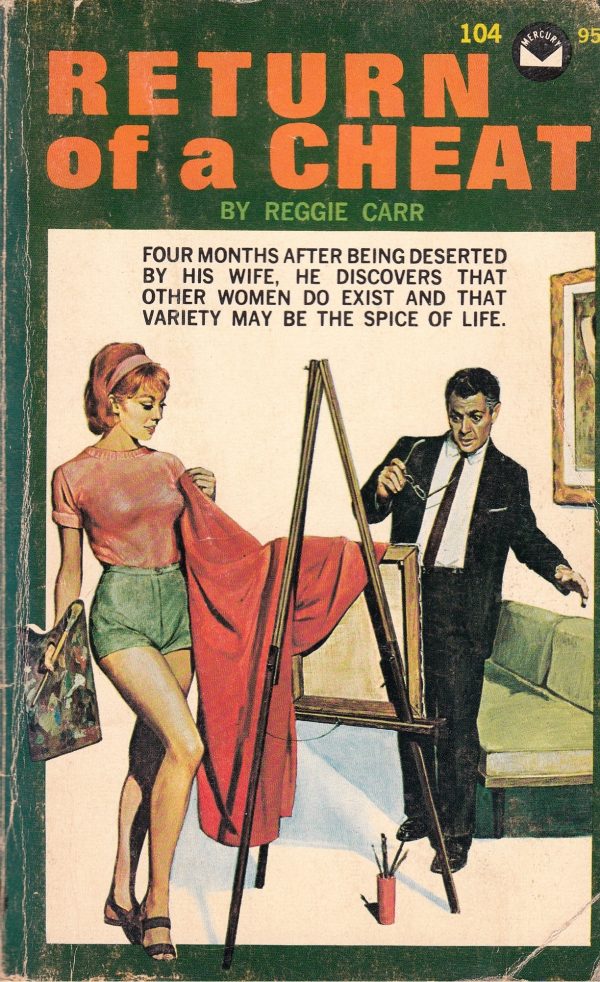 Four Months After Being Deserted Bu His Wife, He Discovers That Other Women Do Exist And That Variety May Be The Spice Of Life

Reid Trombley’s fourth month of unwished-for bachelorhood was interrupted by a novel type of door-to-door salesman. Or rather woman, for indeed it was… the most sensual creature he had ever seen, a Negro girl named Nancy. Nancy’s professed occupation was the sale of subscriptions to so-called ‘sexology’ magazines but, as it turned out, she was hardly averse to practicing what she preached. Especially since Reid was so vulnerable, inasmuch as his wife had deserted him because, she claimed, he had lost it in bed.

But Reid certainly didn’t fail Nancy. As a result of his performance, he was invited to a ‘real swingin’ party in the colored section of town.

Reid was also the target of a pretty Molly Thorne, 16 year old neighbor of Reid’s who fully believed that her destiny in life was a mature man, namely Reid. Molly was also an artist and excelled in painting nudes of her various boyfriends in rather unique positions. Add to our story an aptly named dwarf, Beanie; his girl-friend and their gang of beach assailants; and the homecoming of Reid’s errant wife… along with her newest boyfriend. Not to mention a wayward ballerina named Tara Dean… and Reid’s former block turns into the distinct opposite.