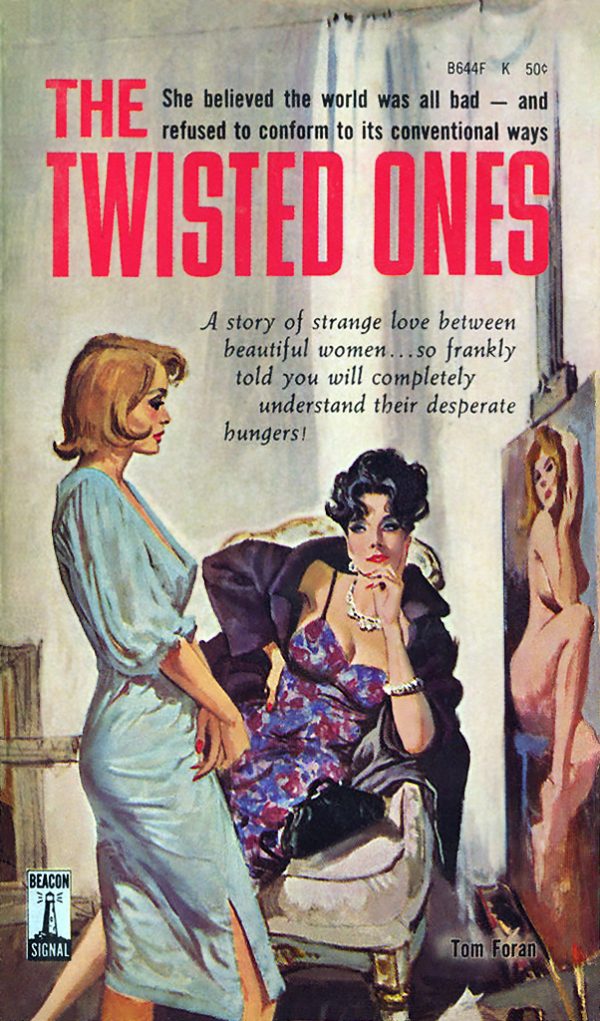 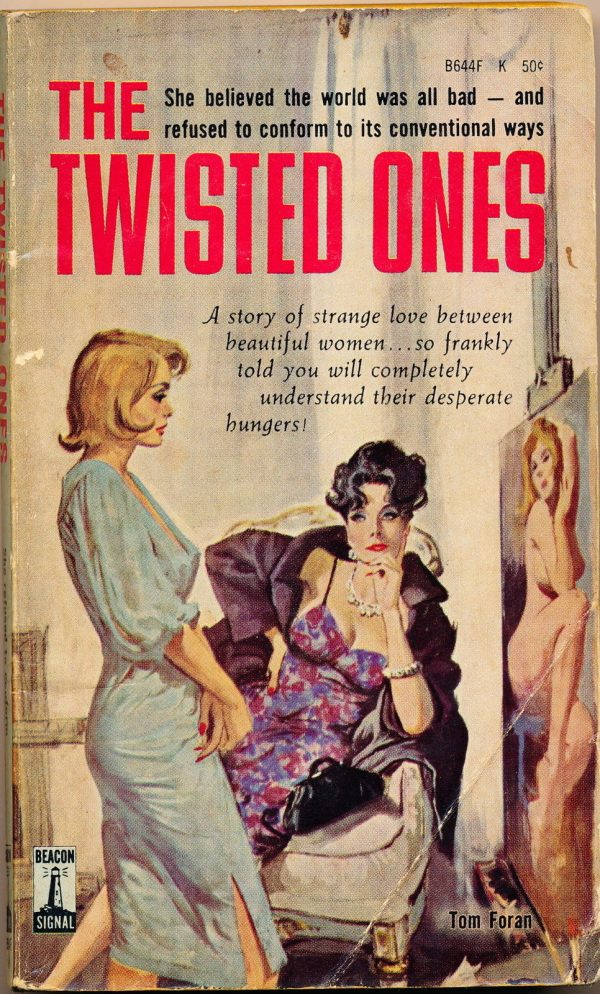 She believed the world was all bad — and refused to conform to its conventional ways
A story of strange love between beautiful women… so frankly told you will completely understand their desperate hungers!

Can a real man tear a woman from the grip of lesbian love?

Peg Constantine inhabited the half-world of promiscuity in Greenwich Village. Repeatedly she sought the embraces of men — but only to prove to herself that the male sex was evil and weak. Only in the arms of a girl like Amy Willis could Peg reach soaring heights of bliss. But Alex Cormorant, while doing Peg’s portrait, fell under her spell. Why not? She was beautiful, wanted nothing from him — and his wife, Adele, was trading her body to an art dealer for luxuries Alex could not afford to give her. So he tried mightily to pry Peg away from the unnatural life she found so alluring. The result was a sensuous tug-of-war that condemned Peg to anguish. Come what may, she would have to make a choice between the healthy joys of natural love and the sick delights of — The Twisted Ones!