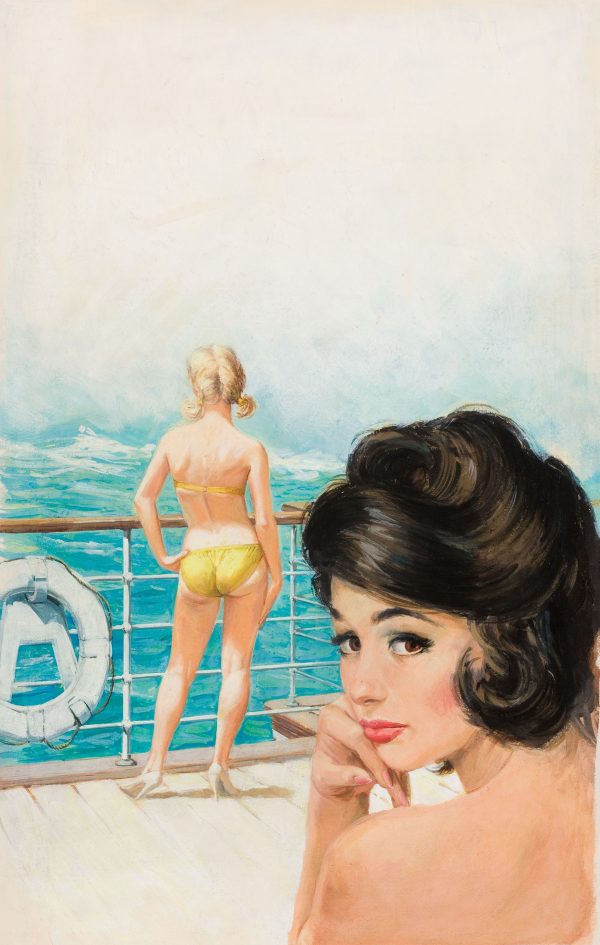 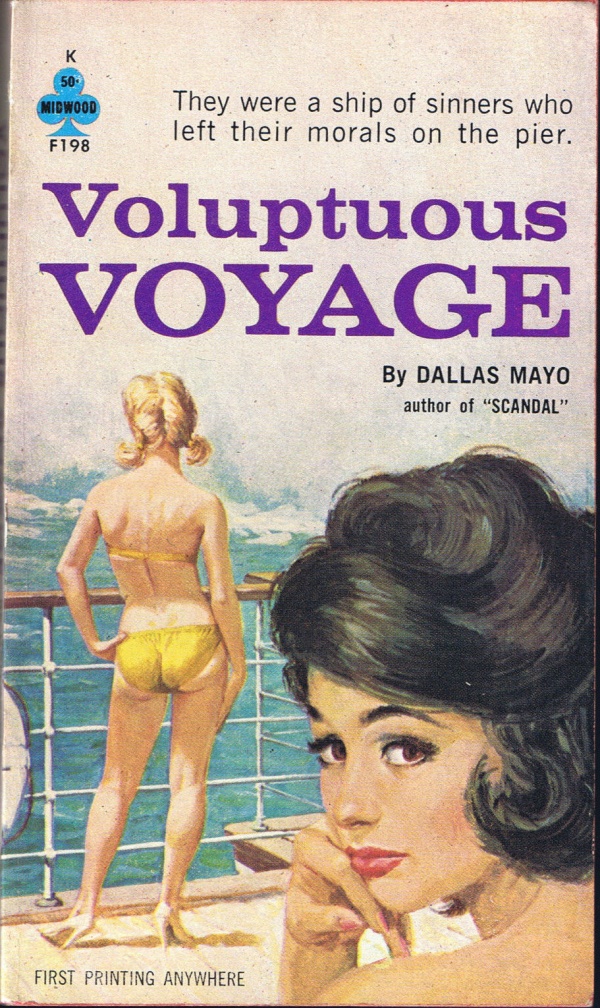 They were a ship of sinners who left their morals on the pier.

Cabin 15A Robin & Sherry —
Two call girls who played for pay, but when they played for keeps they played with each other.
Cabin 17A Letty —
A technical virgin who won her ticket on a quiz show by not being so technical about her virginity.
Cabin 18A Vivi —
Sex mistress of the ship, she knew what men and women wanted — and gave it to them from stem to stern.
Cabin 19A Jason & Connie —
He had the equipment, she knew how to use it.
Then there was Alan and Owen and Martine, all thrown together on a cruise that was one wild orgy from port to port.