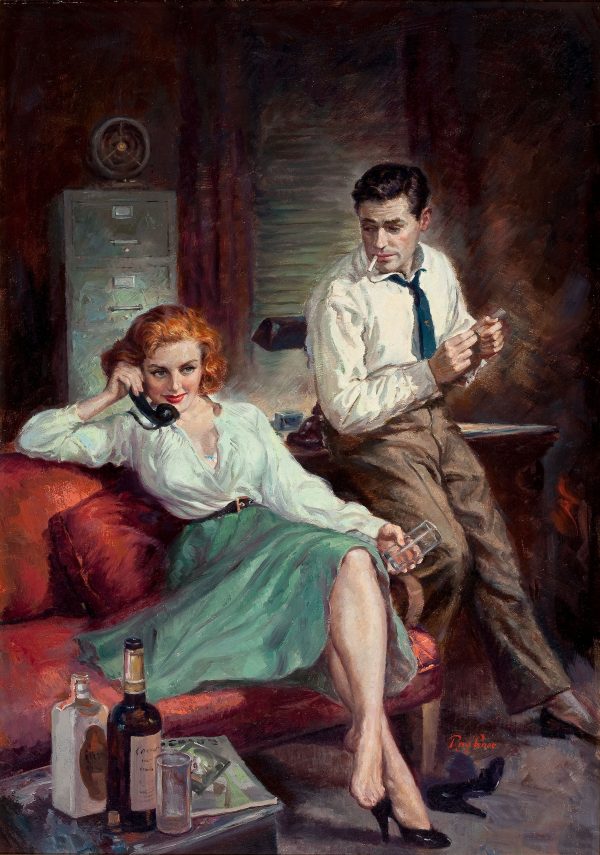 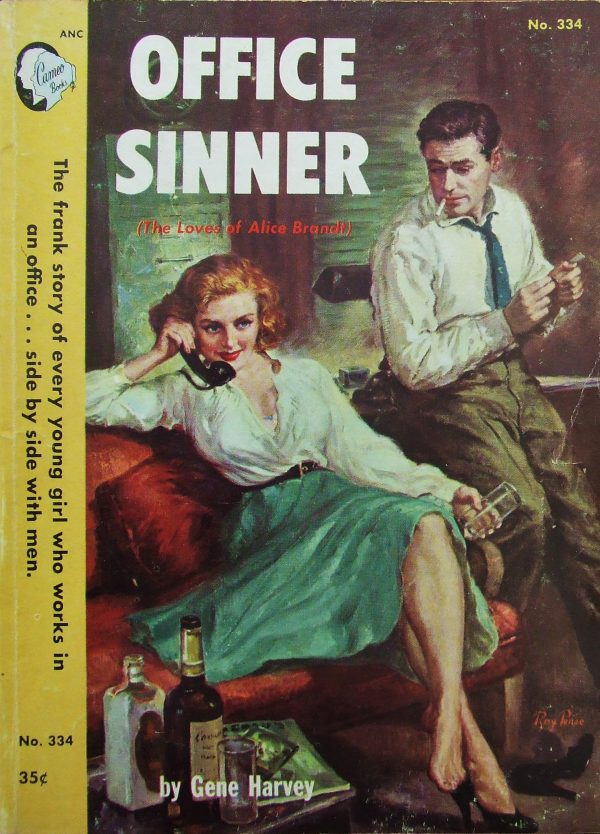 This painting was published twice as a digest cover for Cameo books, first as Office Sinner by Gene Harvey (Cameo books #334, 1953):

She was ambitious, passionate and jealous – of her own mother