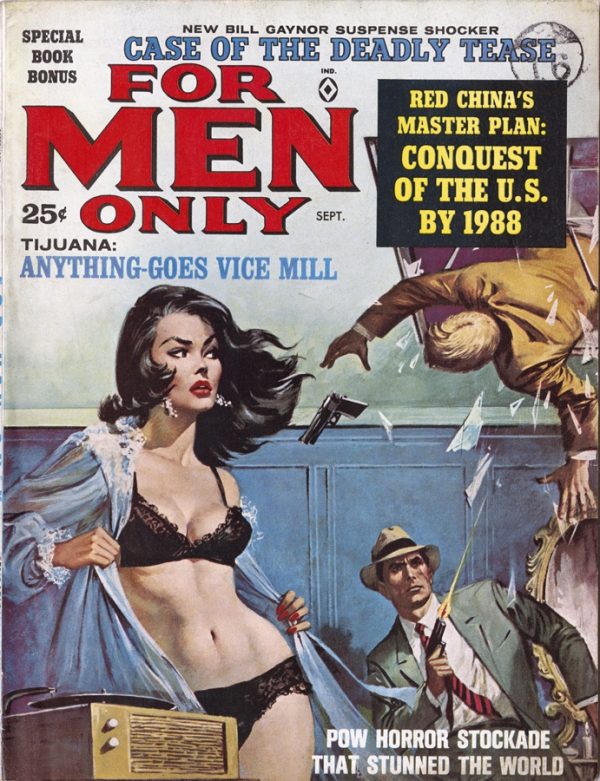 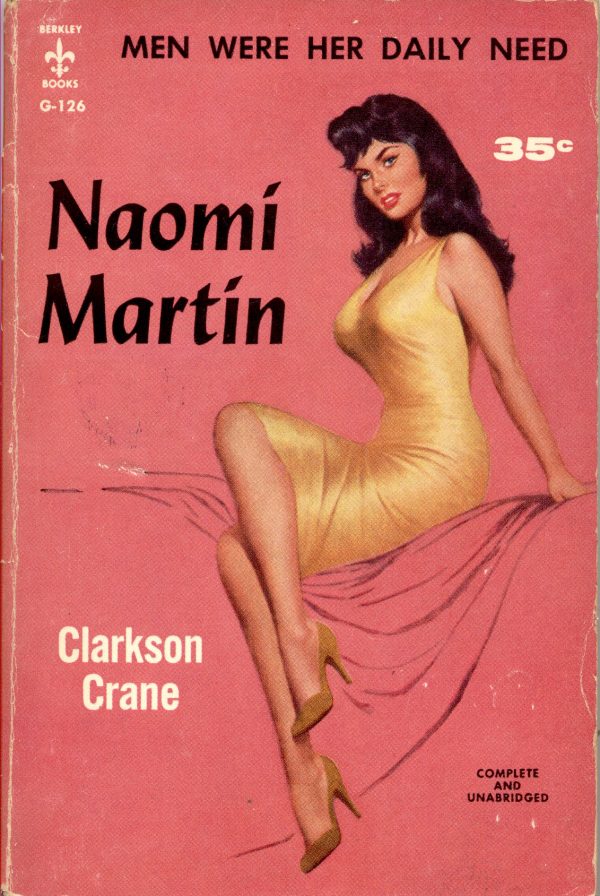 Men Were Her Daily Need 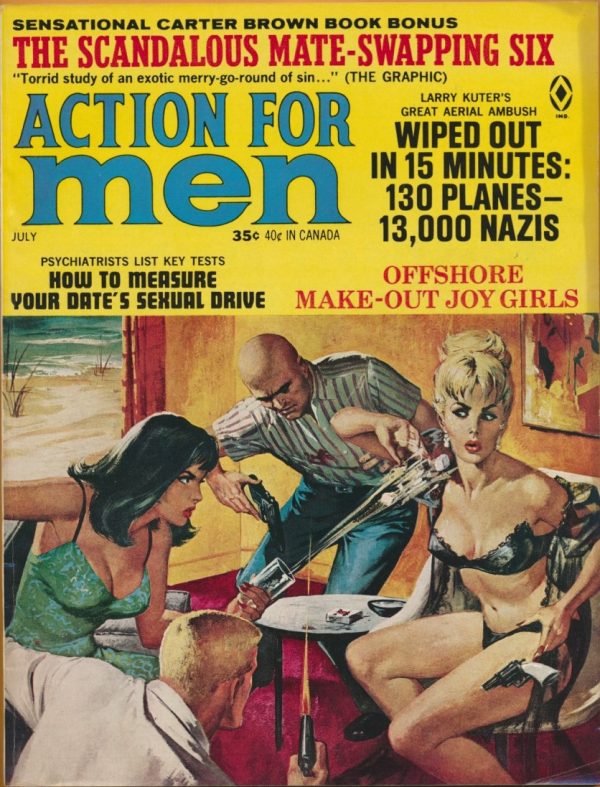 Also, Offshore Make-Out Joy Girls and How To Measure Your Date’s Sexual Drive 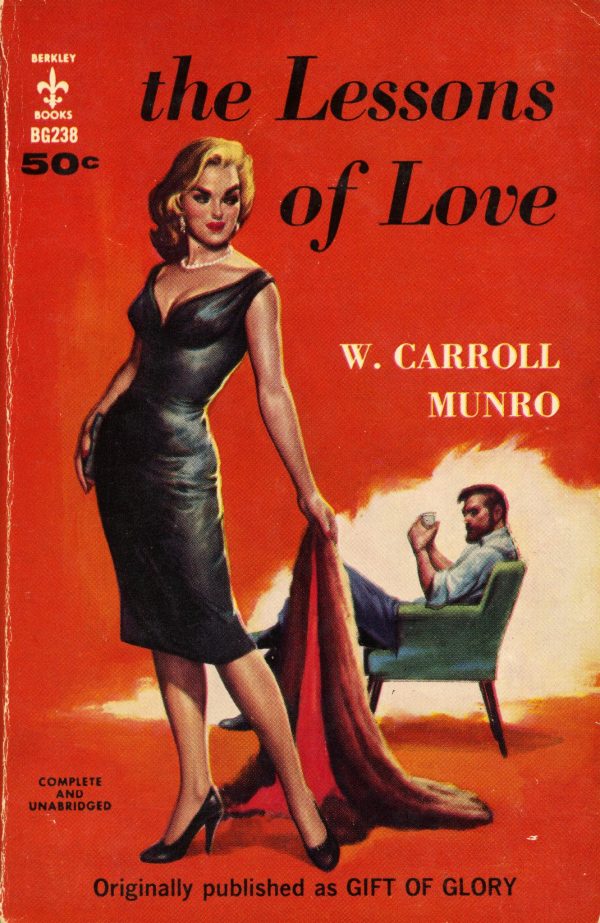 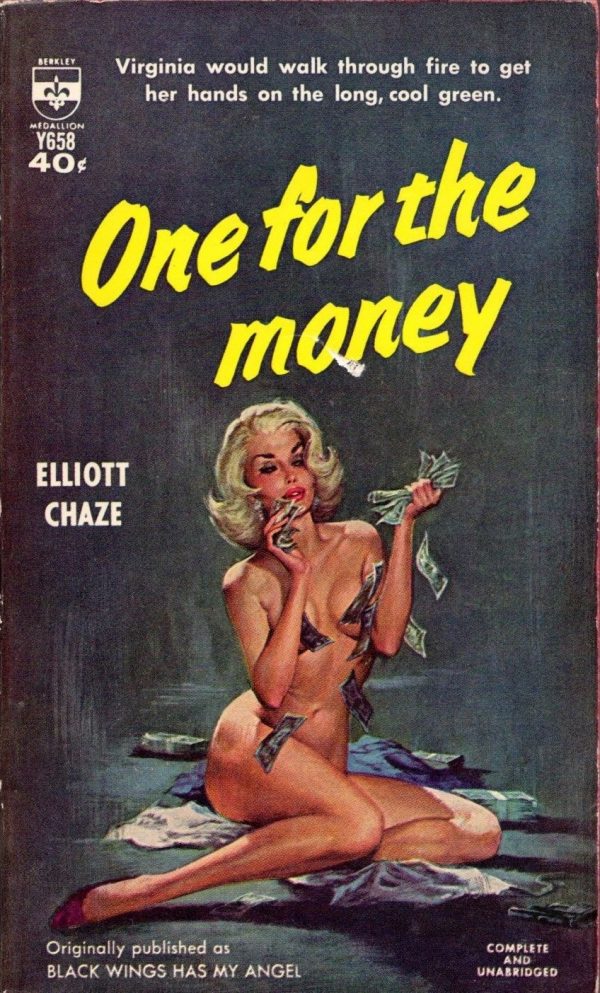 Virginia would walk through fire to get her hands on the long, cool green.

Tim met her one night in a flea-bitten Southern hotel. Virginia—the girl with the golden blonde tresses and violet eyes, the elegant manner and figure to match. He was wearing only a bath-towel at the time—and he didn’t leave the hotel for three days … He didn’t intend to let Virginia in on his fool-proof plan for a big heist, but he couldn’t get her out of his skin, couldn’t leave her behind. They had a lot in common—a need for money and each other.
Together, they worked out every detail of the armored car job, scouted it for months until it was letter-perfect. And it was… almost. Until Tim saw the greedy look in Virginia’s eyes as she touched the cool, crisp bills. Then he shivered a little because he knew that nothing could come between Virginia and a hundred grand—except the grave… 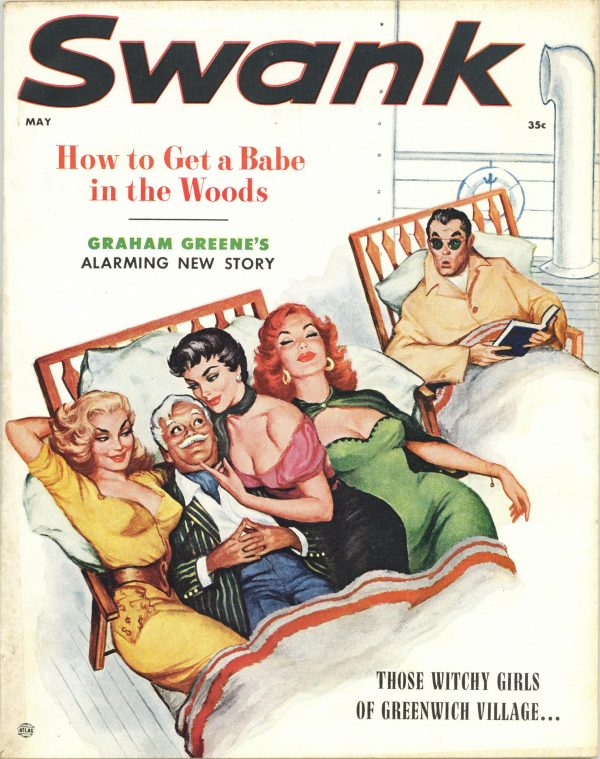 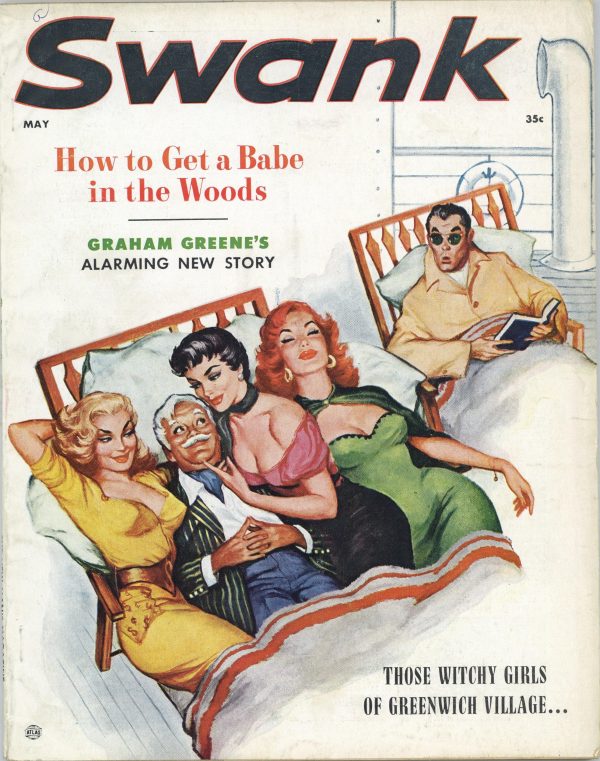 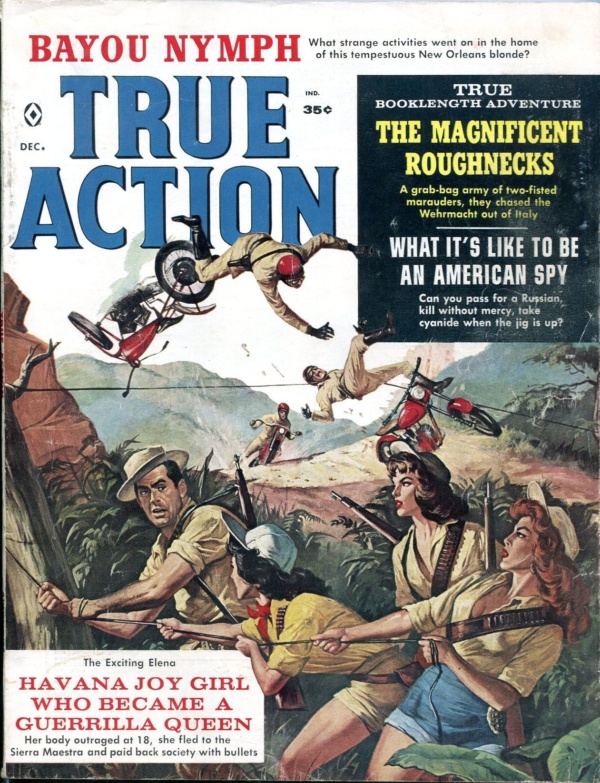 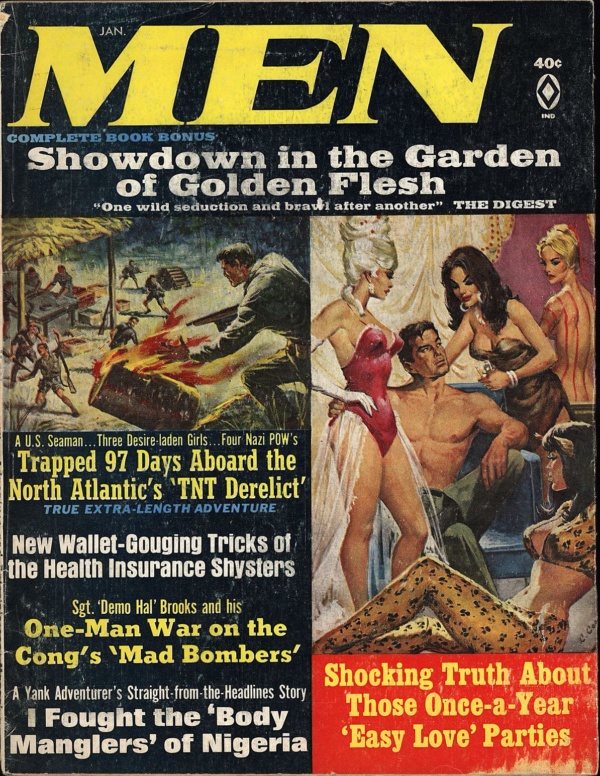 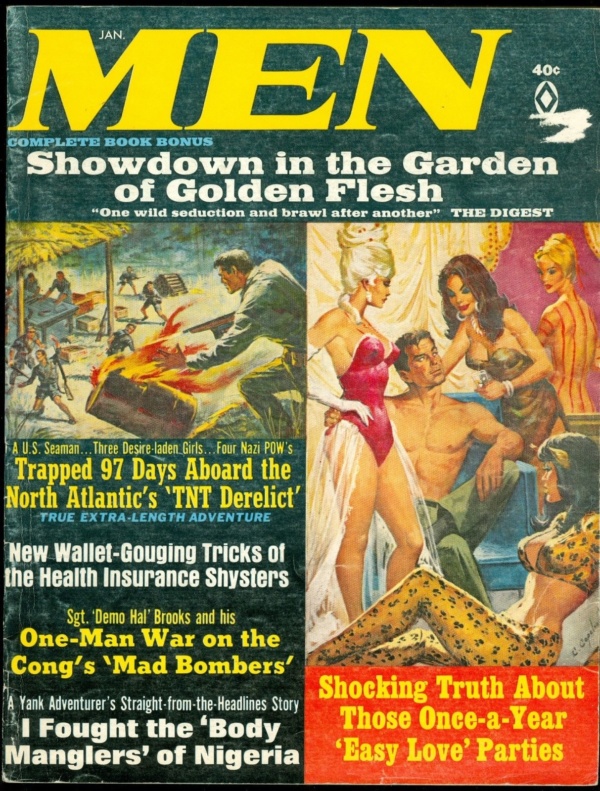 Also featuring Showdown In The Garden Of Golden Flesh, Trapped 97 Days Aboard The North Atlantic’s ‘TNT Derelict’, New Wallet-Gouging Tricks Of The Health Insurance Shysters, One-Man War on the Cong’s ‘Mad Bombers’, and I Fought The ‘Body Manglers’ Of Nigeria 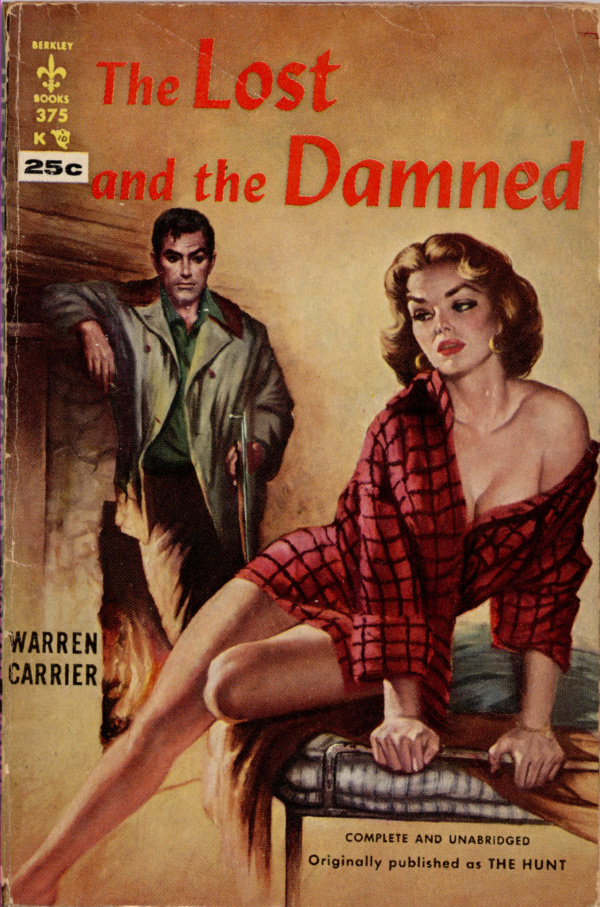 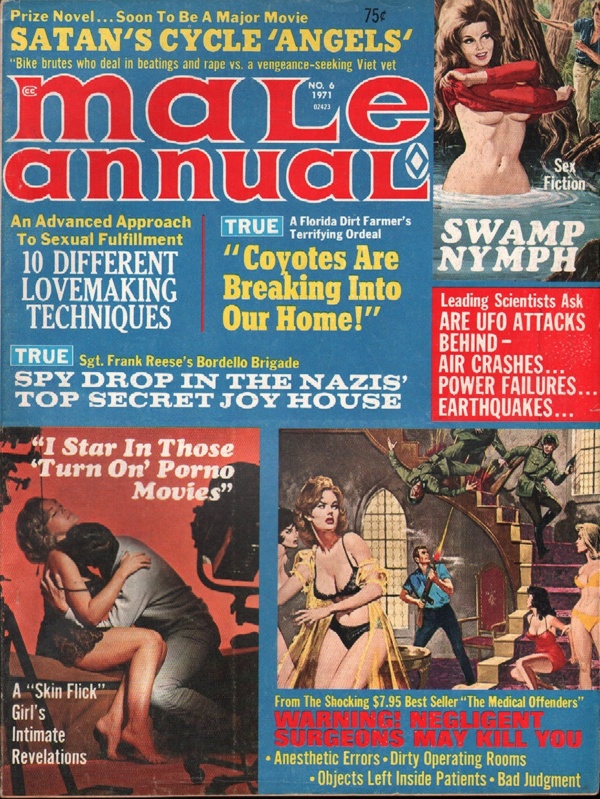 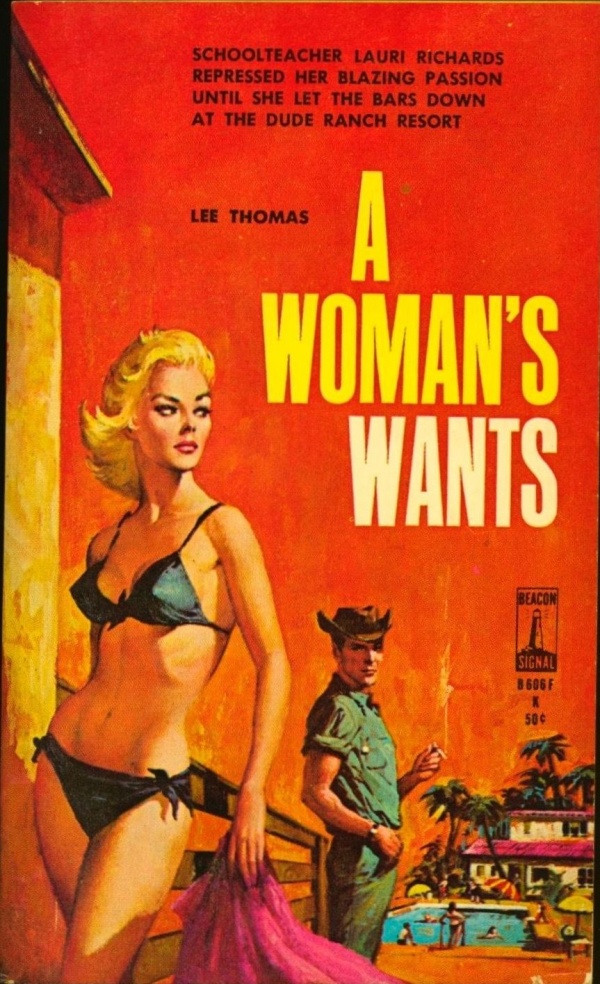 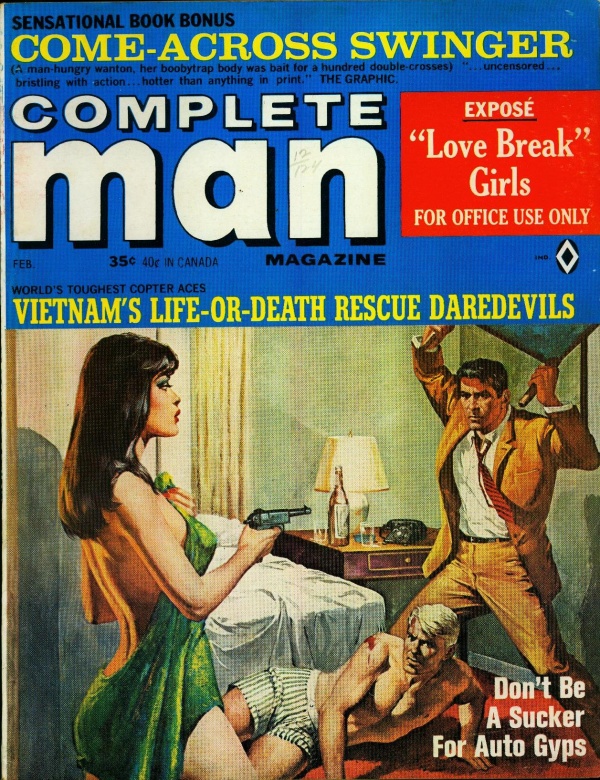 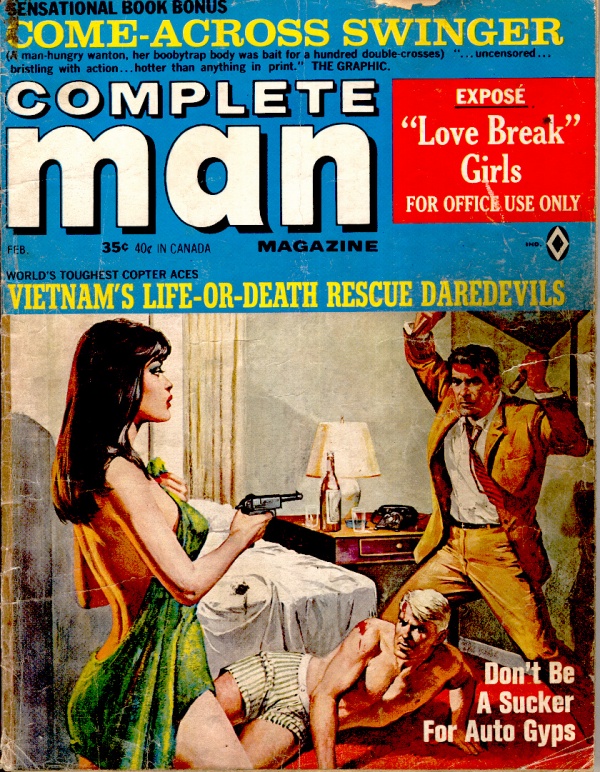 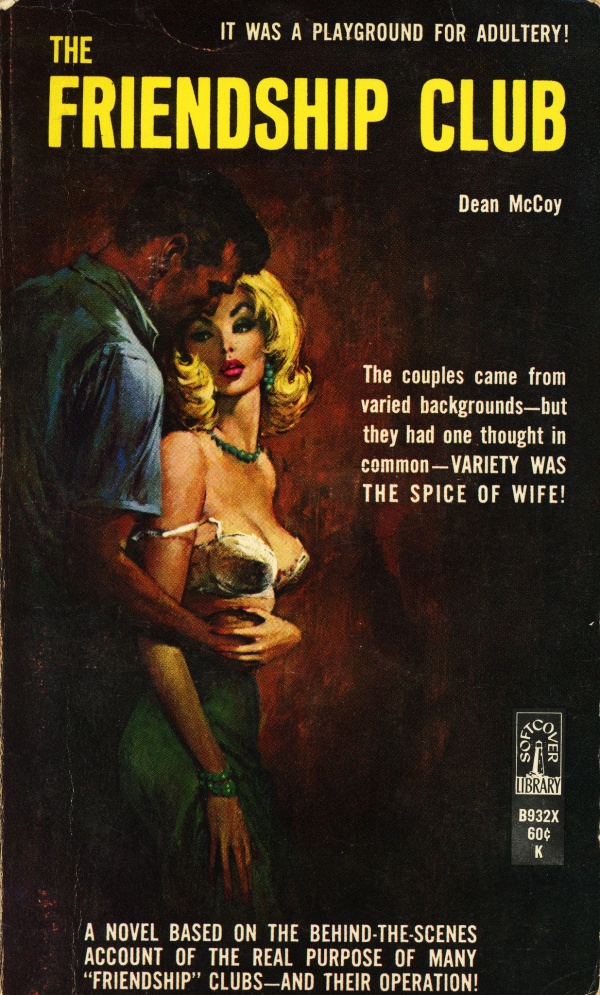 It Was A Playground For Adultery!
The couples came from varied backgrounds – but they had one thought in common – VARIETY WAS THE SPICE OF WIFE!
A Novel Based On The Behind-The-Scenes Account Of The Real Purpose Of Many “Friendship” Clubs — And Their Operations!

Take A Townful Of Repressed Married Couples, Add A Jigger Of Sex And A Dash Of Boredom, Then Shake Vigorously!
The city of Brighton, population 50,000, was just ripe for a unique kind of community center where a man could really get to know his neighbor’s wife-with her husband’s full permission, of course! Brighton was seething with adventuresome young couples like-
RUTH CASE and RUDY Rudy was out for half the wives in Brighton. He figured the only way he could prove his bedroom prowess was by establishing the right sort of “fellowship” club. Ruth went along for the ride. The idea of a dozen eager husbands was very much to her liking
SALLY ADAMS and BOB Although still young, Bob and Sally were already married so long that their respective anatomies yielded no more spice or surprise. They became charter members of Rudy’s new club-and even introduced a few by-laws of their own. But Sally didn’t know till later that the rules allowed a Lesbian on the loose
LILA CORY and BRUCE Bruce was violent in his love-making, hut Lila knew only too well how to handle this type. As a child she was abused by a friend of her father, and later she learned about a gentler sort of love at a fashionable girl’s school. When Lila wanted to play swap for Sally, the club members realized that wife-trading had gone too far!
What happens to married folks after the honeymoon excitement wears off? This new novel describes the convenient solution worked out by three daring couples! 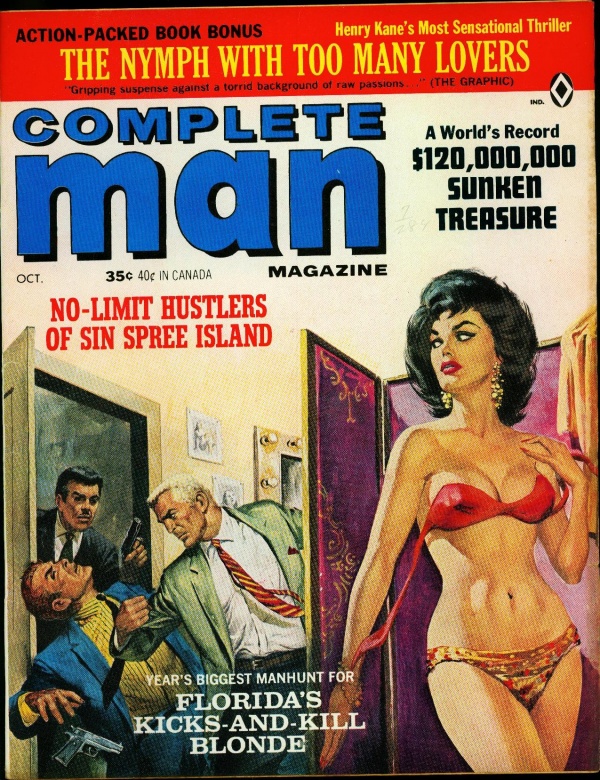 Also featuring The Nymph With Too Many Lovers, $120,000,000 Sunken Treasure, and Florida’s Kicks-And-Kill Blonde 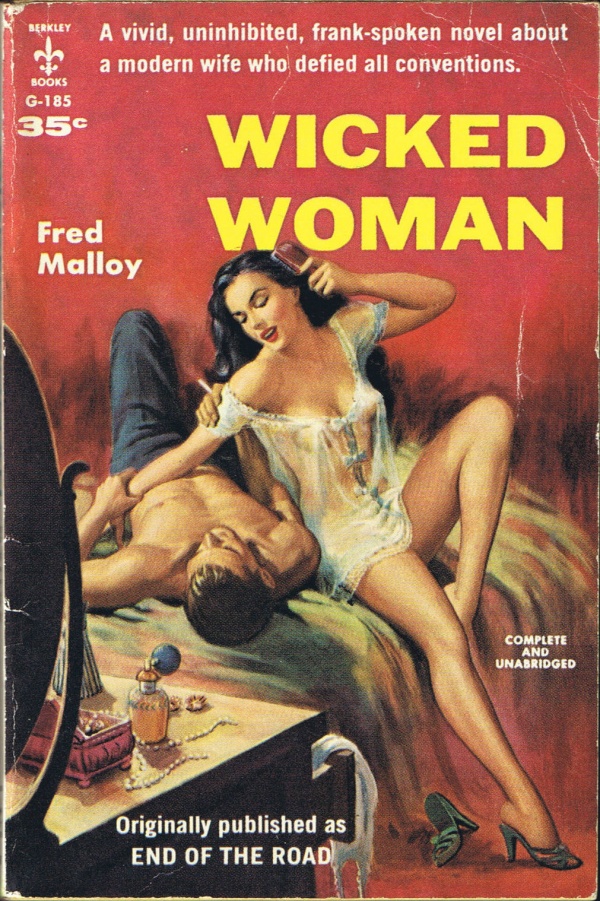 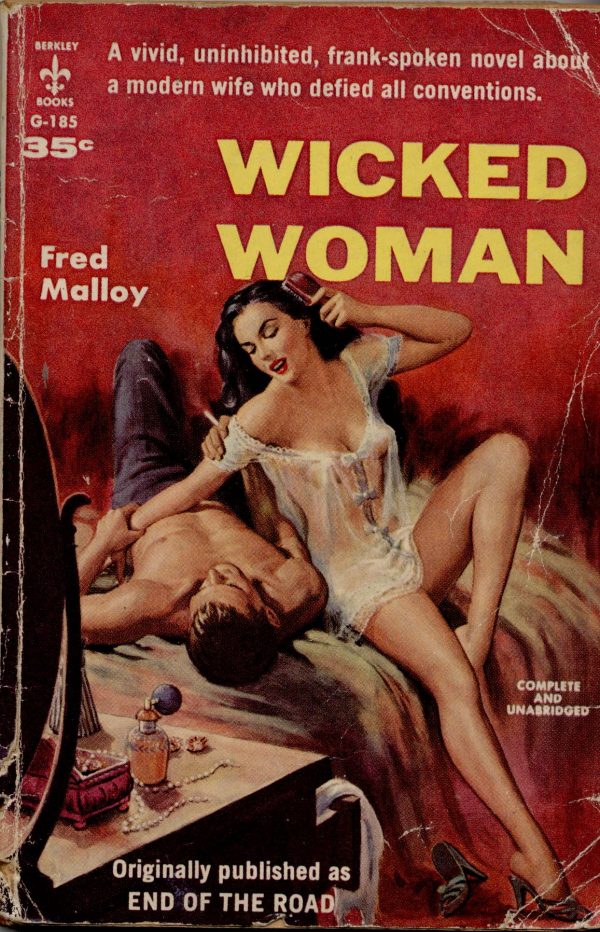 A vivid, uninhibited, frank-spoken novel about a modern wife who defied all conventions.