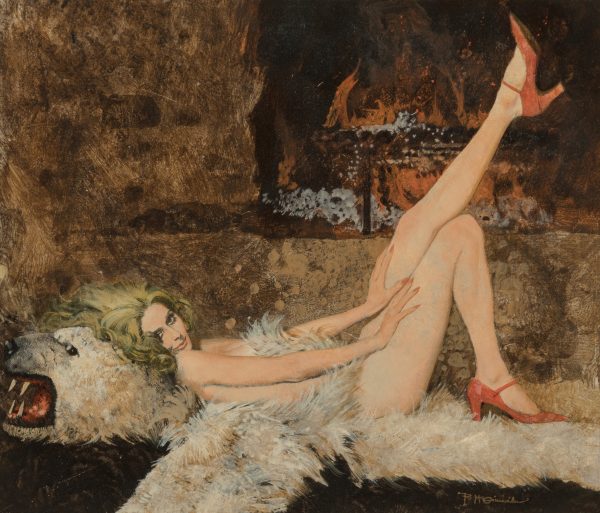 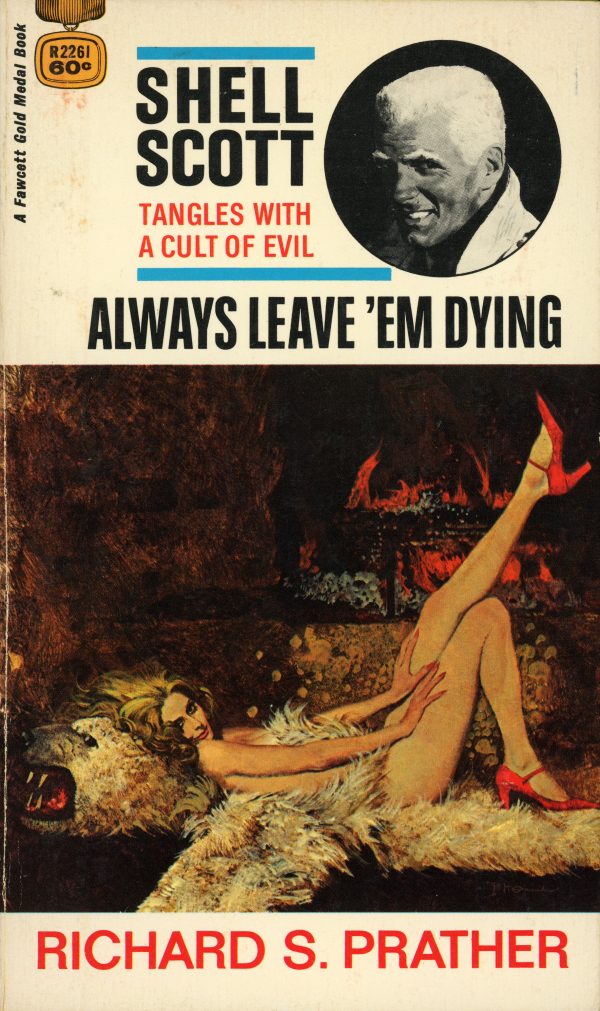 Shell Scott Tangles With A Cult Of Evil 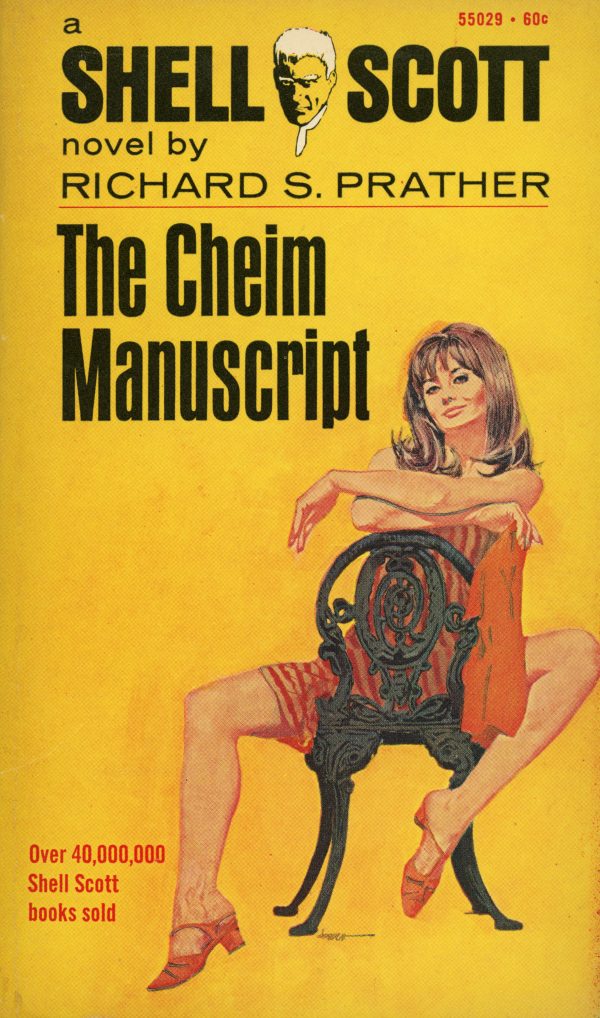 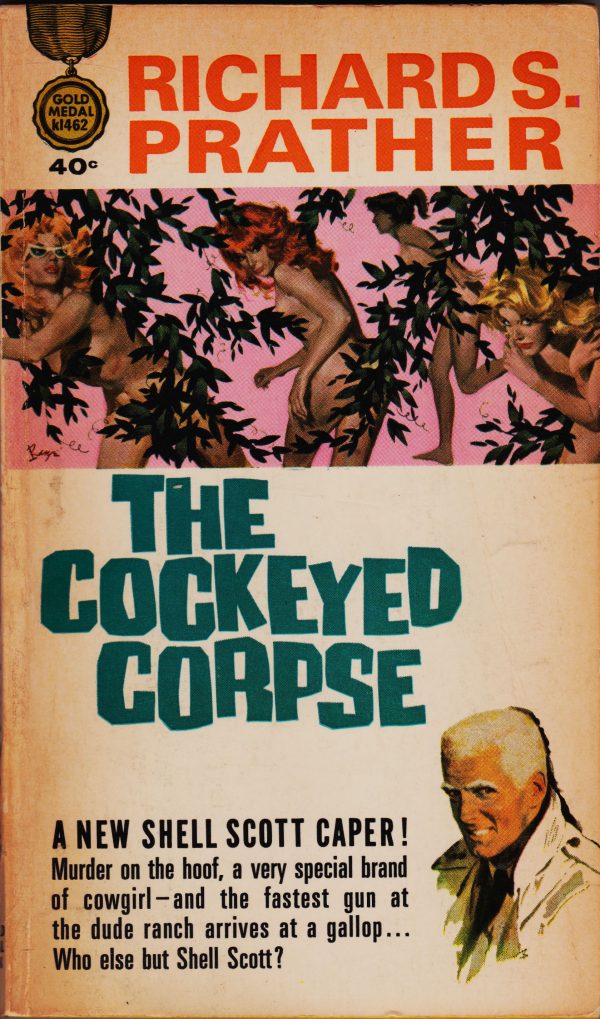 Murder on the hoof, a very special brand of cowgirl–and the fastest gun at the dude ranch arrives at a gallop… Who else but Shell Scott? 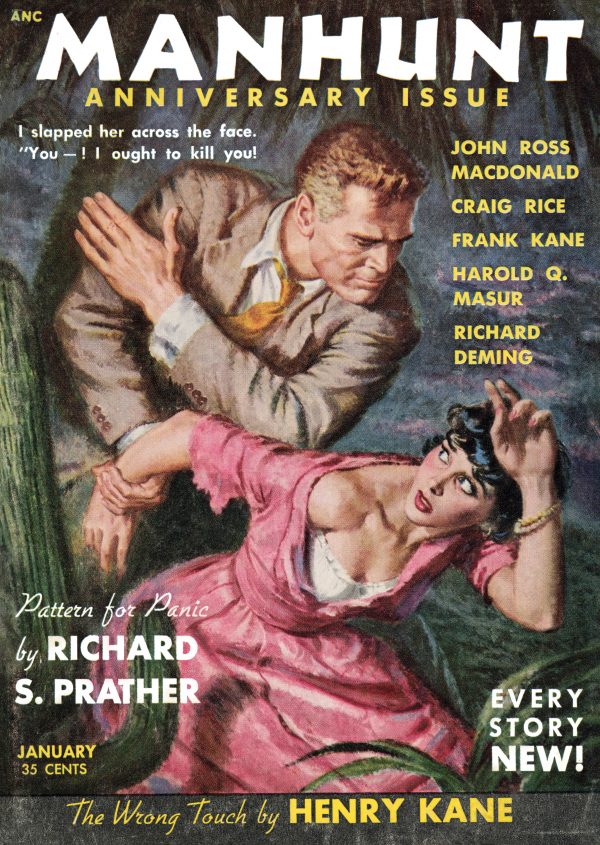 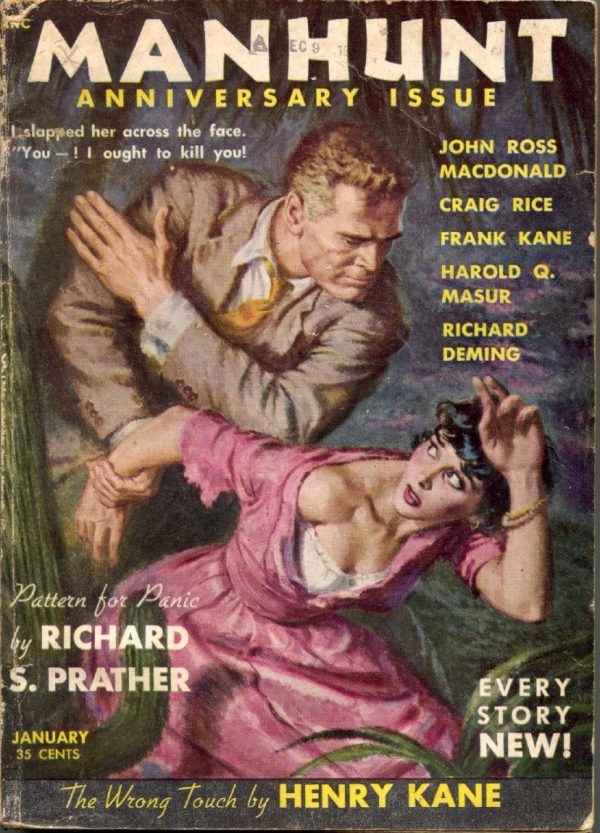 I slapped her across the face. “You–! I ought to kill you!”

Also, Pattern For Panic. This entire issue can be downloaded here

Shell Scott was being hounded to death — by bombs, bullets and blondes! 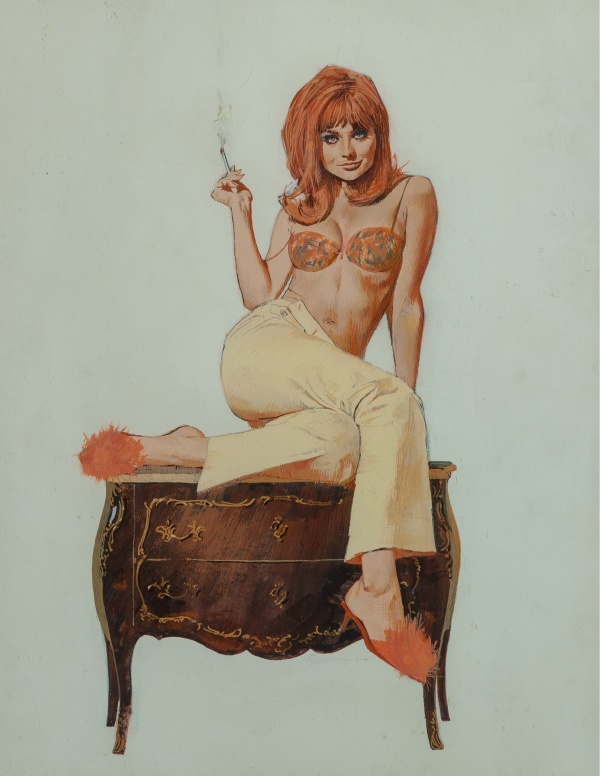 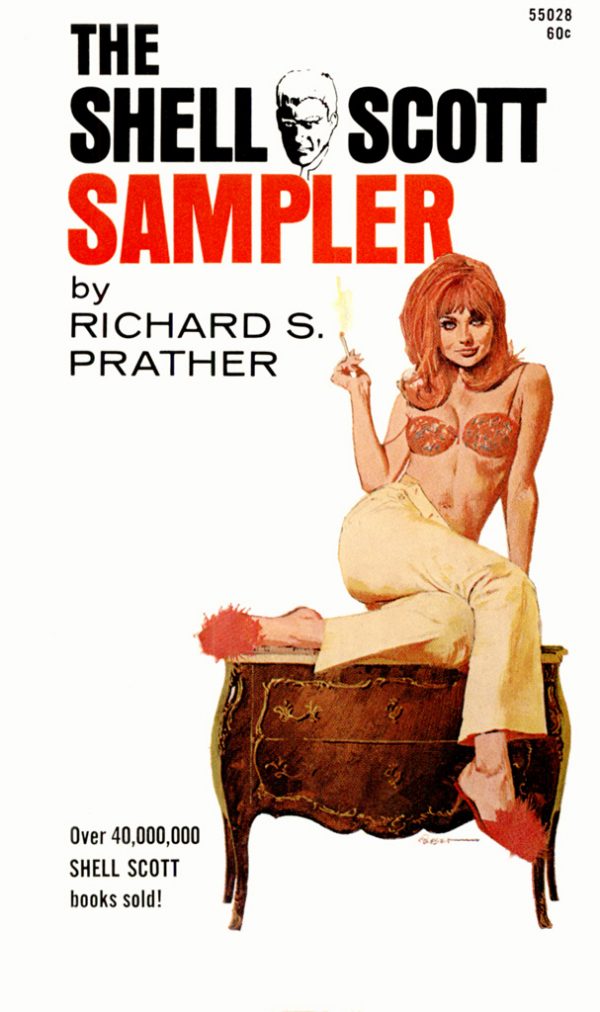 Artwork also used for the cover of Guy magazine, October 1970, The Swinging Niece 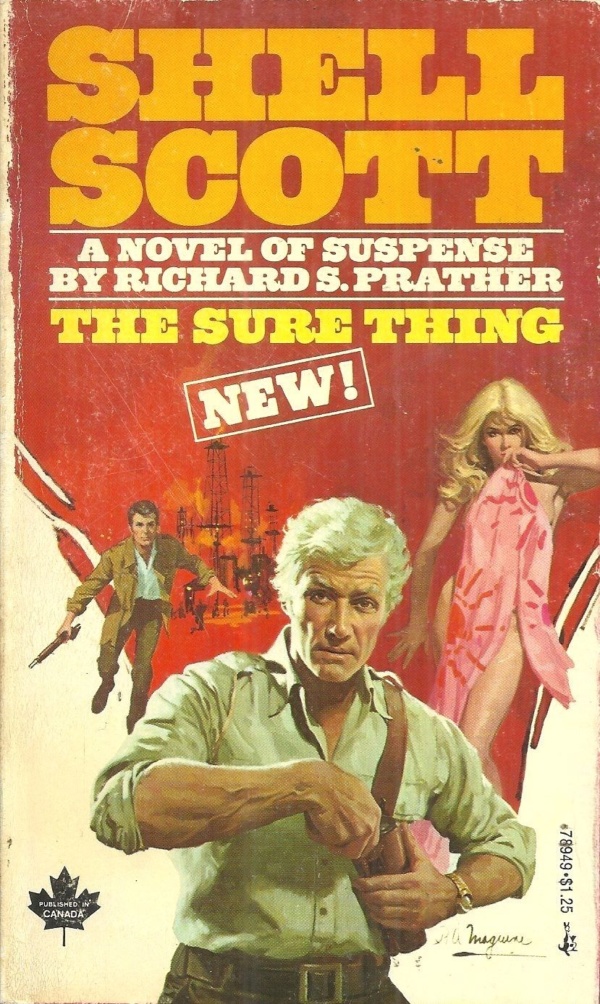 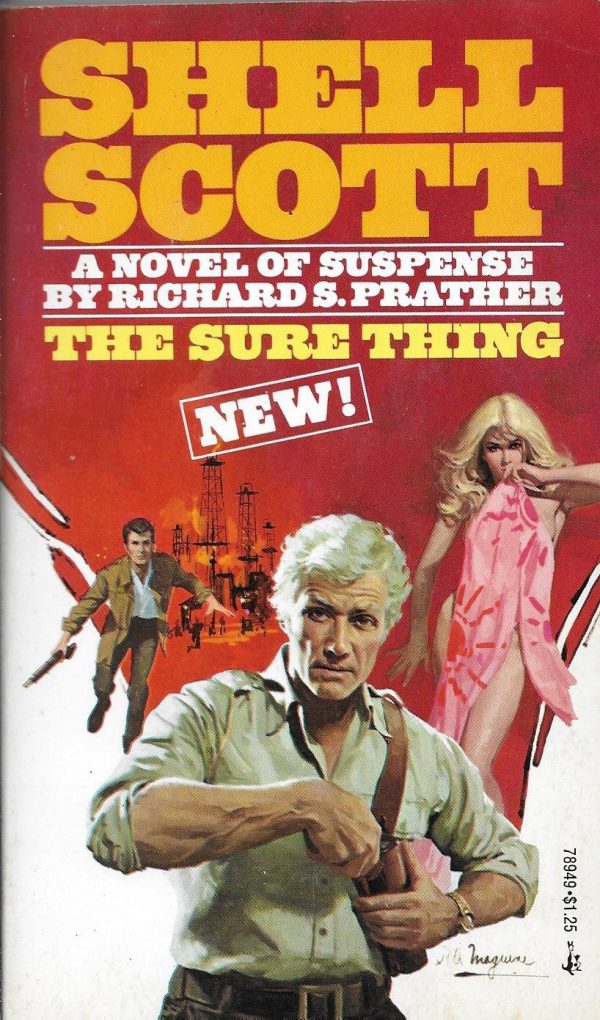 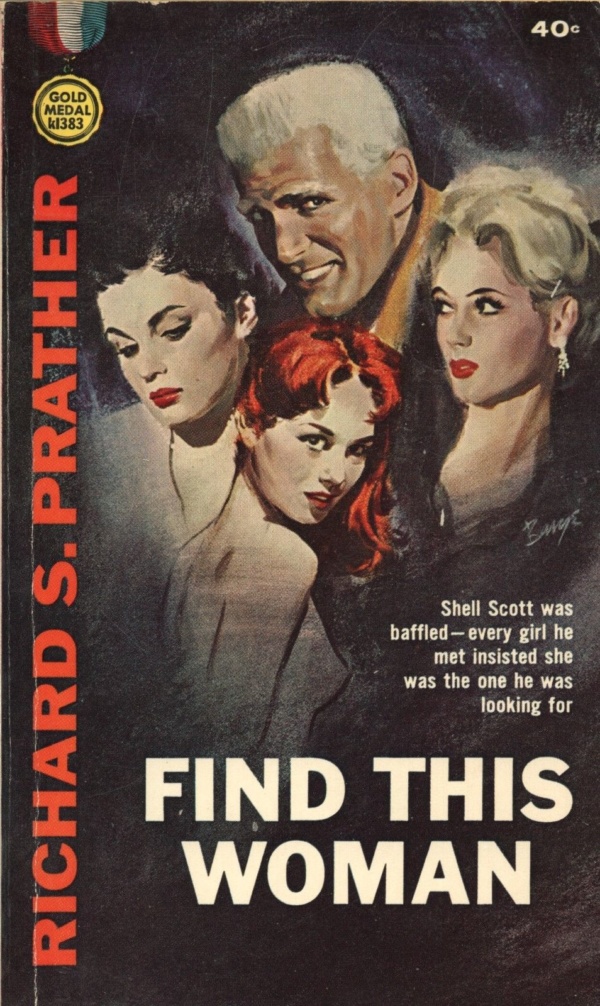 Shell Scott was baffled — every girl he met insisted she was the one he was looking for! 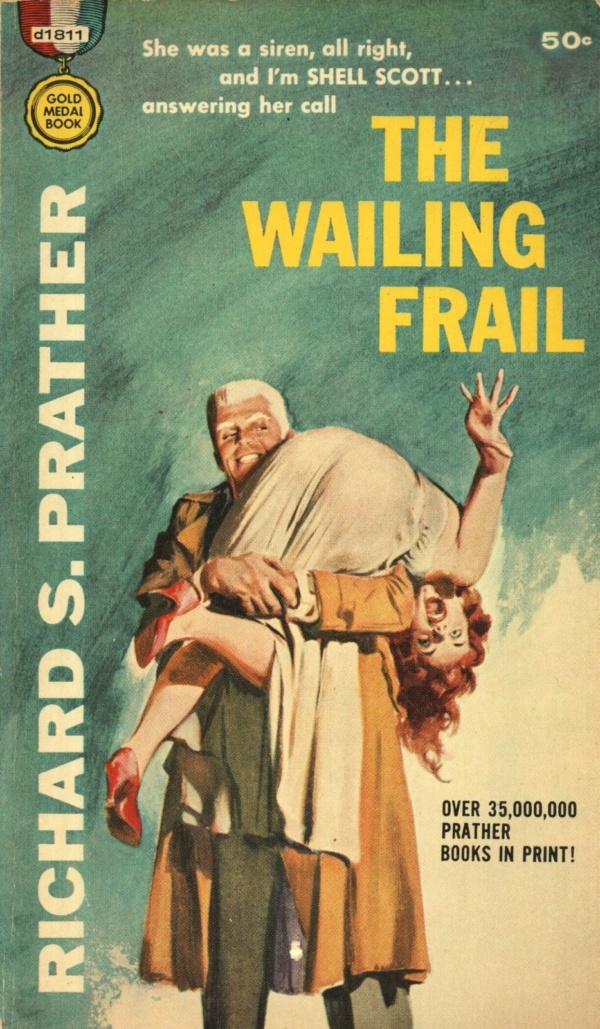 She was a siren, all right, and I’m Shell Scott… answering her call 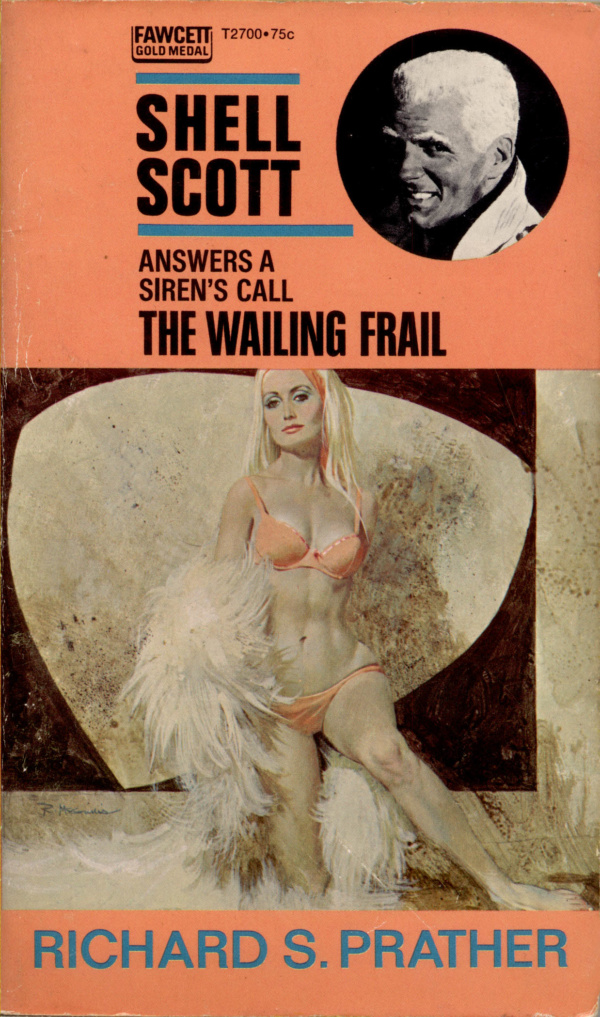 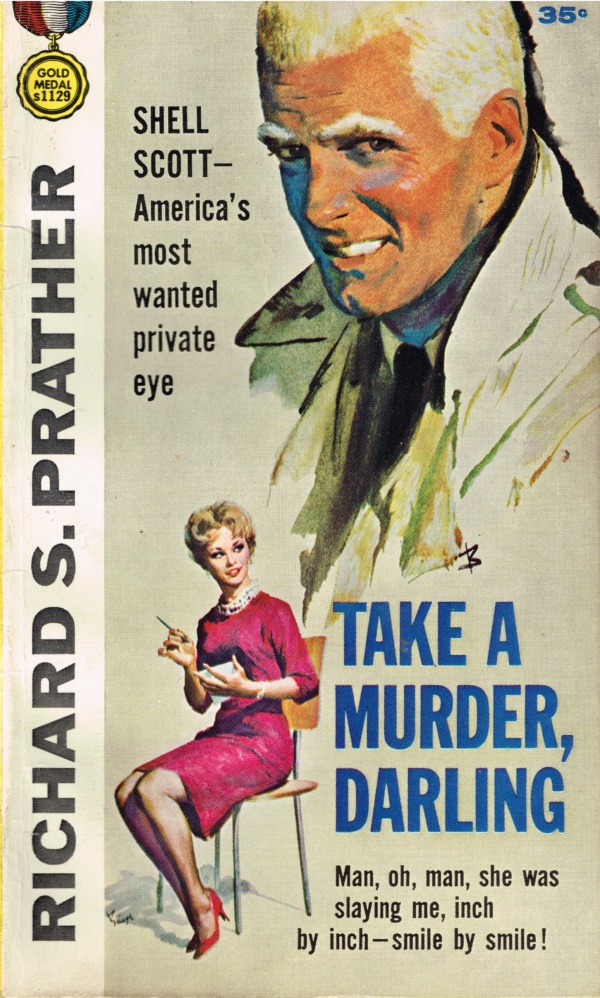 Man, oh, man, she was slaying me, inch by inch — smile by smile! 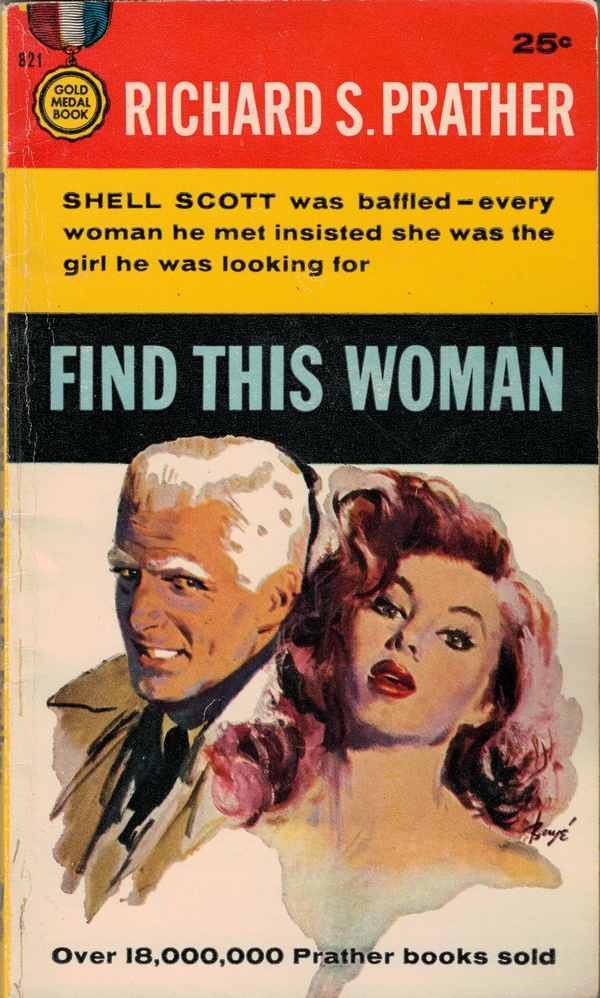 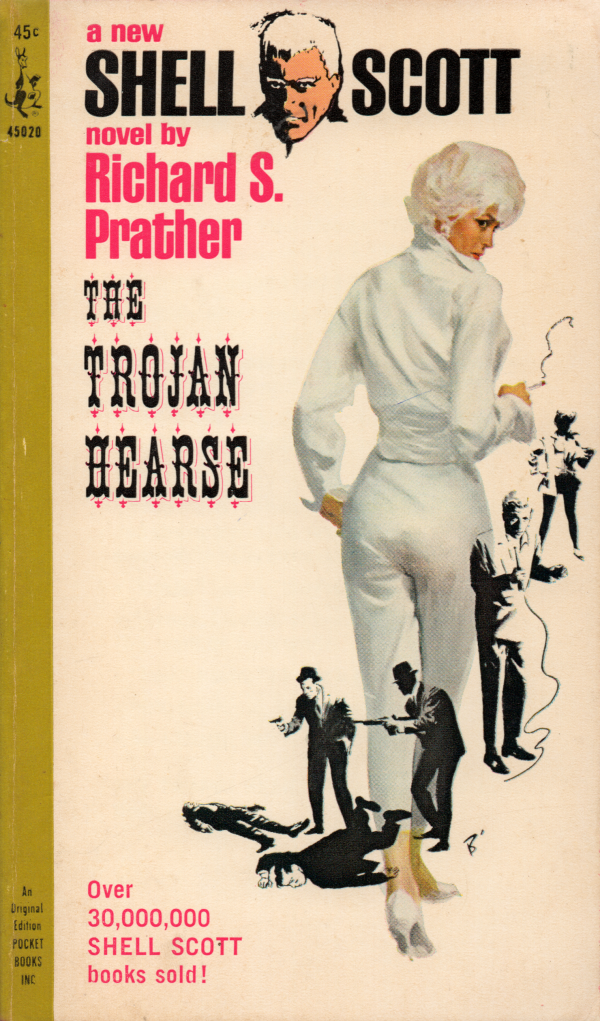 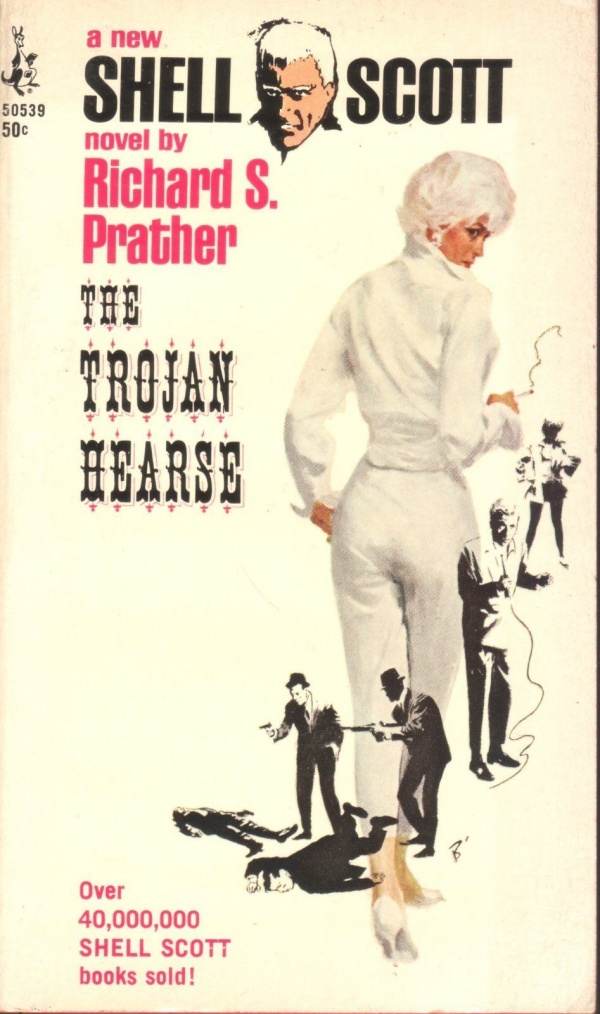 Sure there was a national election going on, but I wasn’t running for any office. Still, if it hadn’t been for me the other candidate, who was a shoo-in, might have won. But there were a lot of other things going on, too.
Like Polly Plonk, whom I first encountered all dressed up in her birthday suit in her psychiatrist’s office. Or Johnny Troy, America’s golden-voiced gift to females of all ages, who might have polled more votes than both presidential candidates if he hadn’t fetched up dead. And, lastly, Ulysses Sebastian, whose talent agency was the biggest in the world until it started to “represent” some mighty peculiar clients. Such as Joe Rice, top man in the west coast Mafia, whose delightful little hirelings kept trying to kill me for reasons that were not at all clear to anyone, least of all me, Shell Scott. 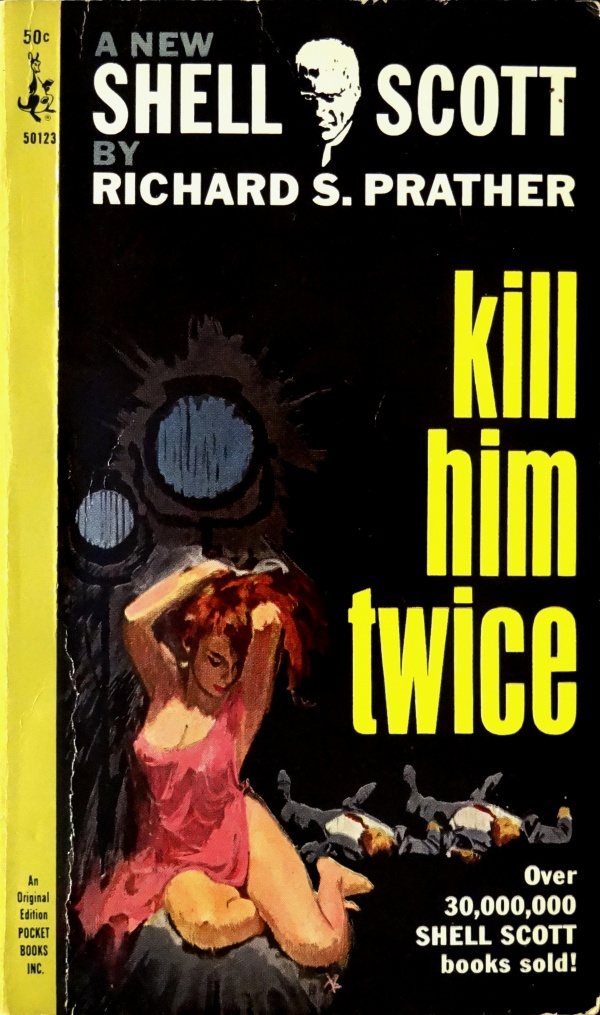 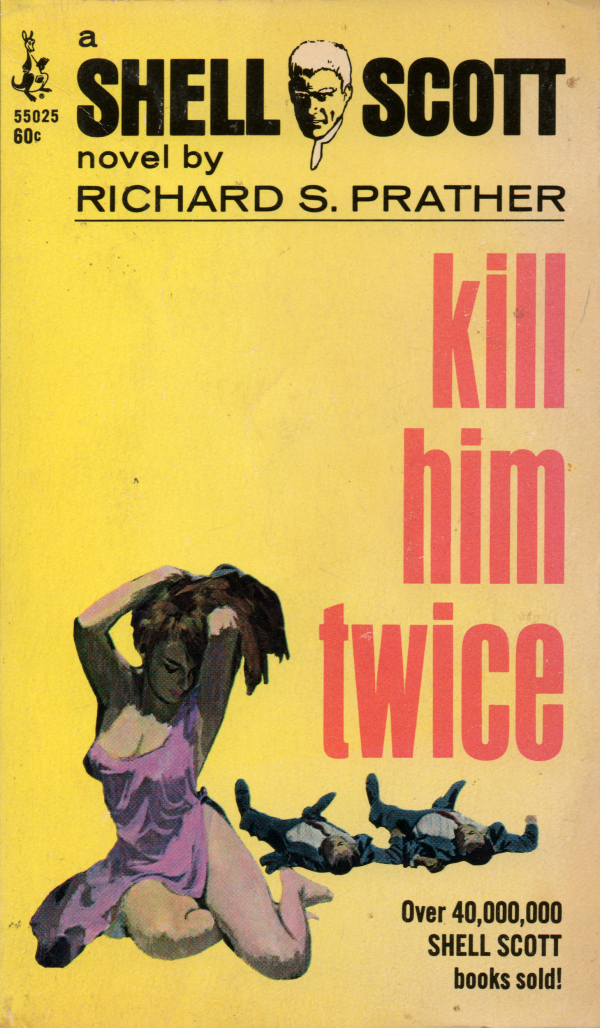 It’s against the law in Beverly Hills 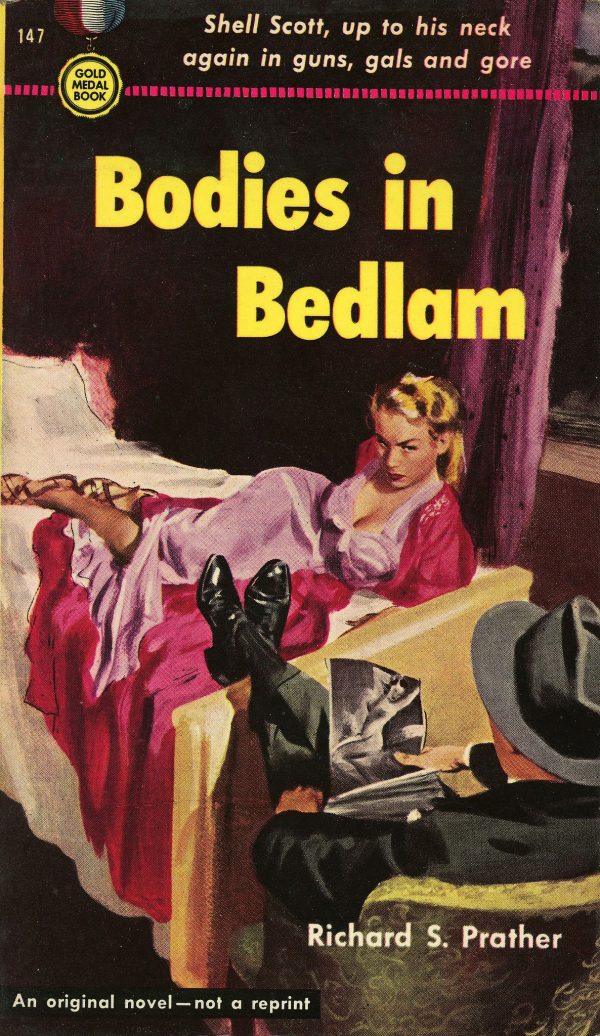 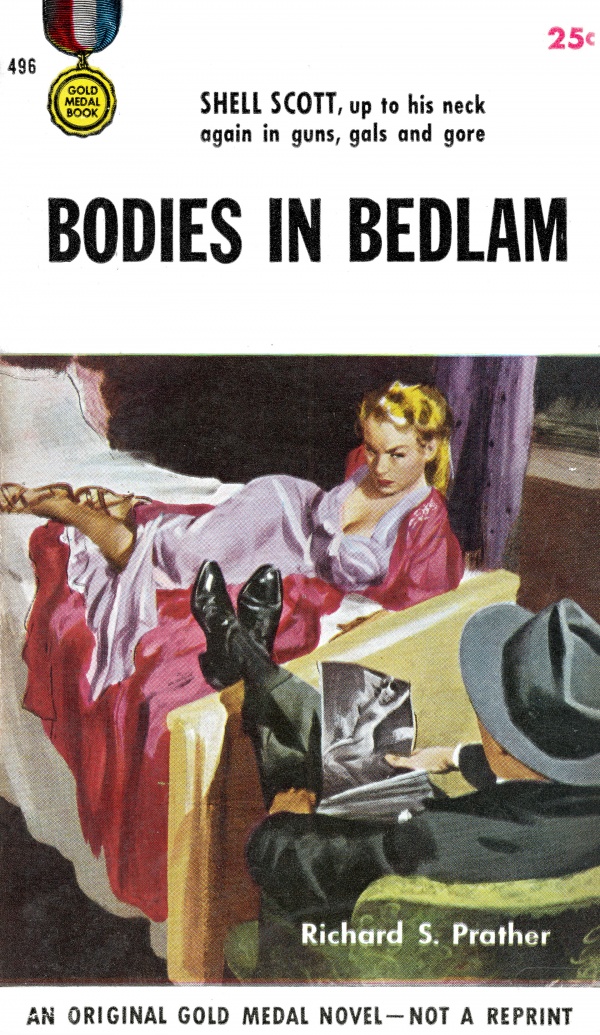 Shell Scott, up to his neck again in guns, gals and gore
She had a woman’s weapons and she used them to get what she wanted!