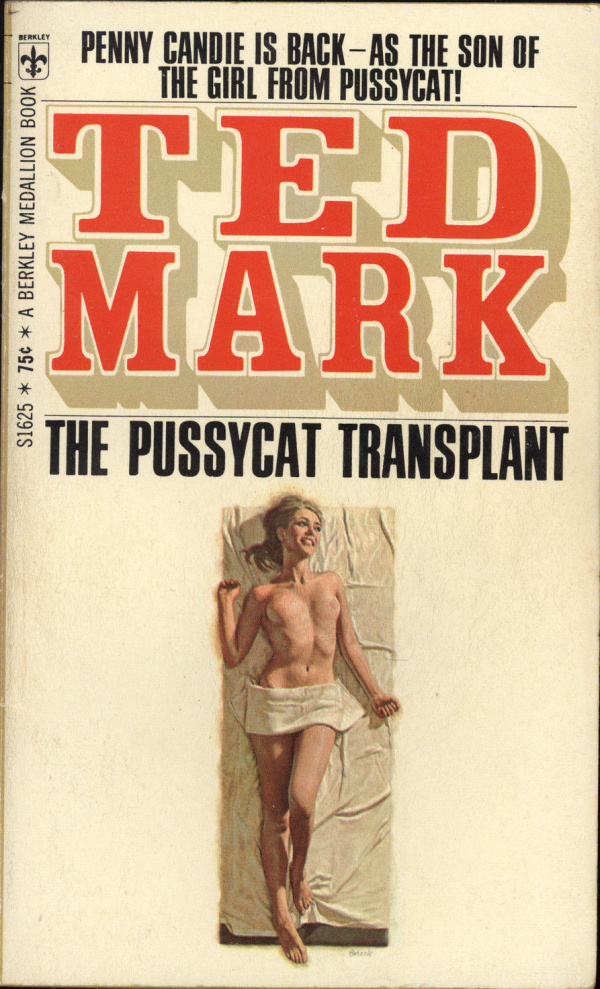 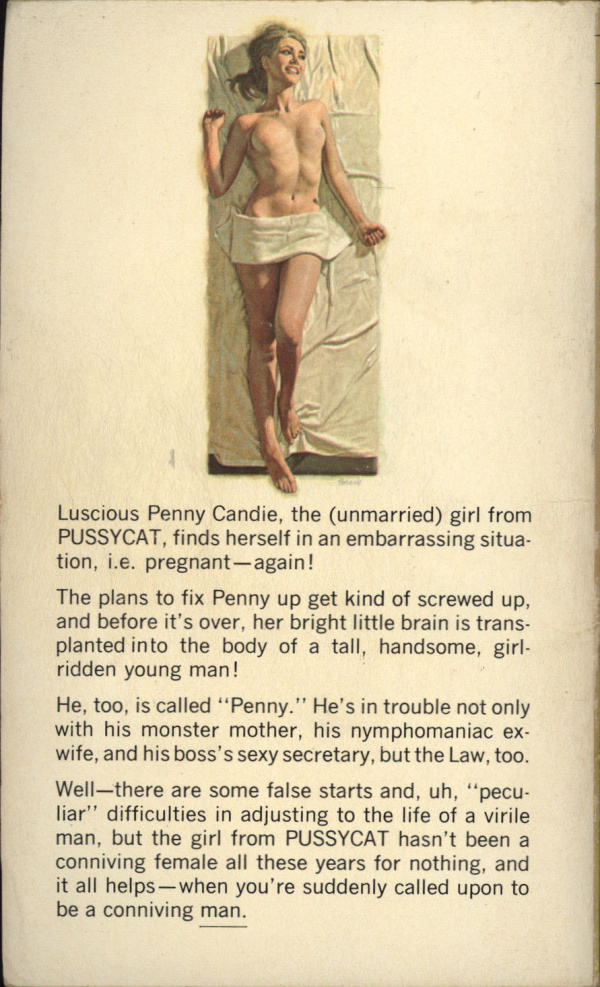 Penny Candie Is Back — As The Son Of The Girl From PUSSYCAT!

Luscious Penny Candie, the (unmarried) girl from
PUSSYCAT, finds herself in an embarrassing situation,
i.e. pregnant-again!
The plans to fix Penny up get kind of screwed up,
and before it’s over, her bright little brain is transplanted
into the body of a tall , handsome, girl-ridden
young man!

He, too, is called “Penny. ” He’s in trouble not only
with his monster mother, his nymphomaniac ex-wife,
and his boss’s sexy secretary, but the Law, too.
Well — there are some false starts and, uh, “peculiar”
difficulties in adjusting to the life of a virile
man, but the girl from PUSSYCAT hasn’t been a
conniving female all these years for nothing, and
it all helps — when you’re suddenly called upon to
be a conniving man. 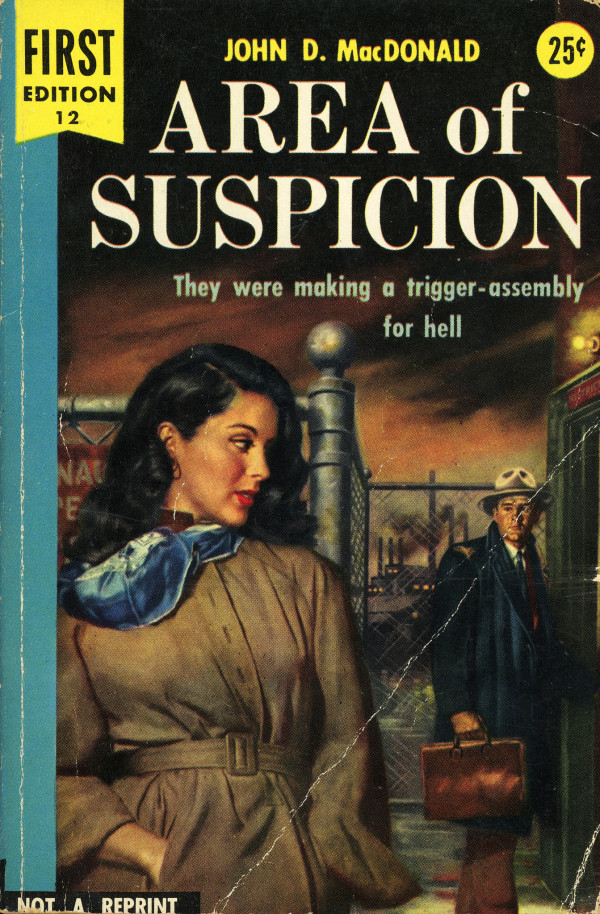 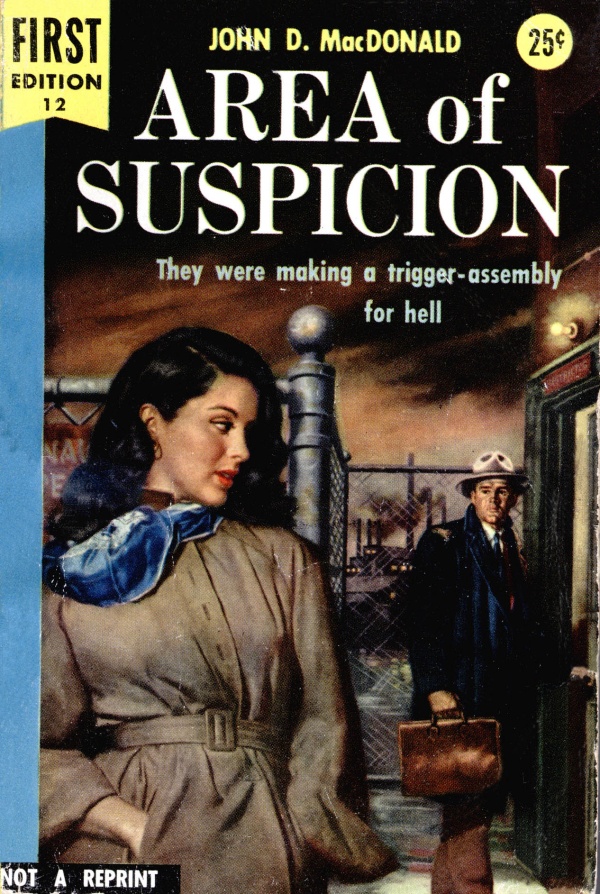 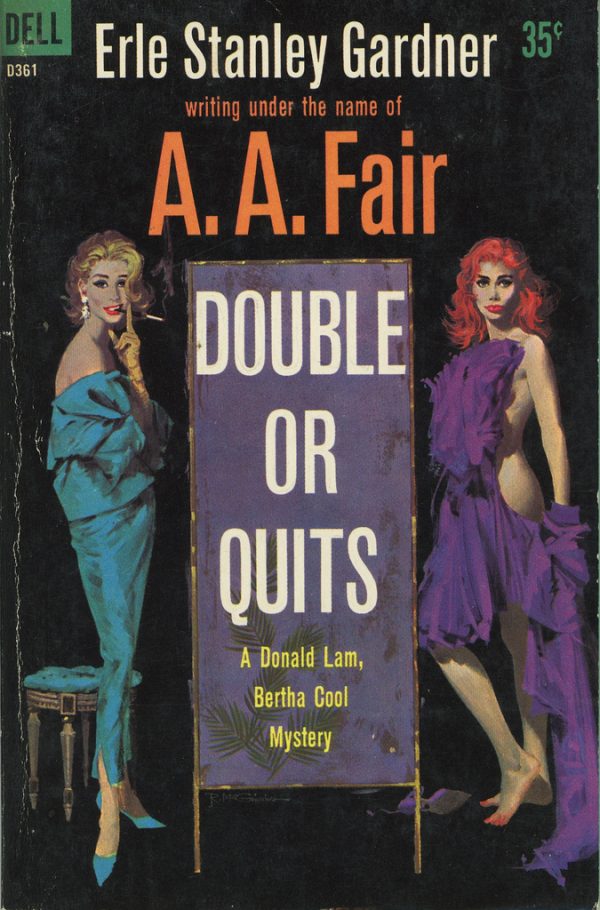 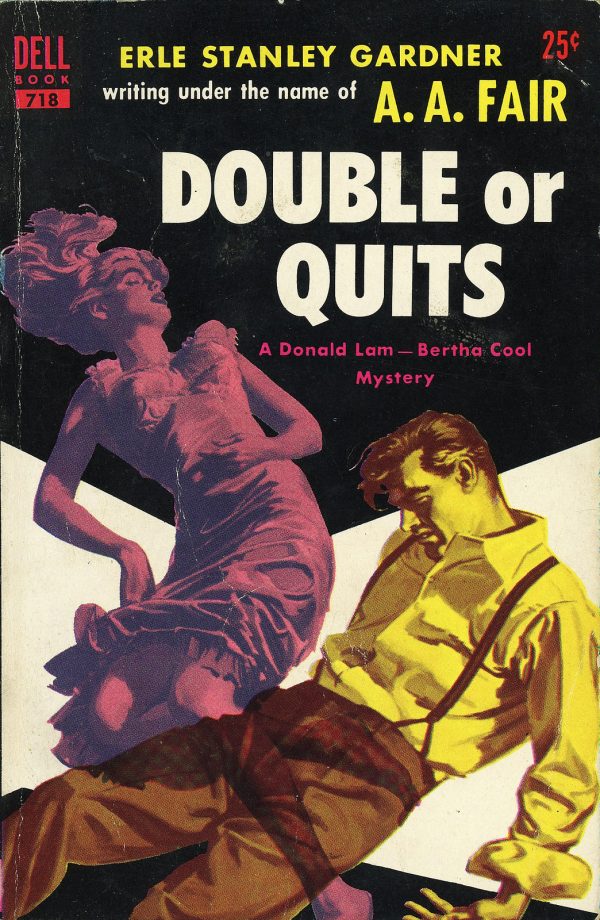 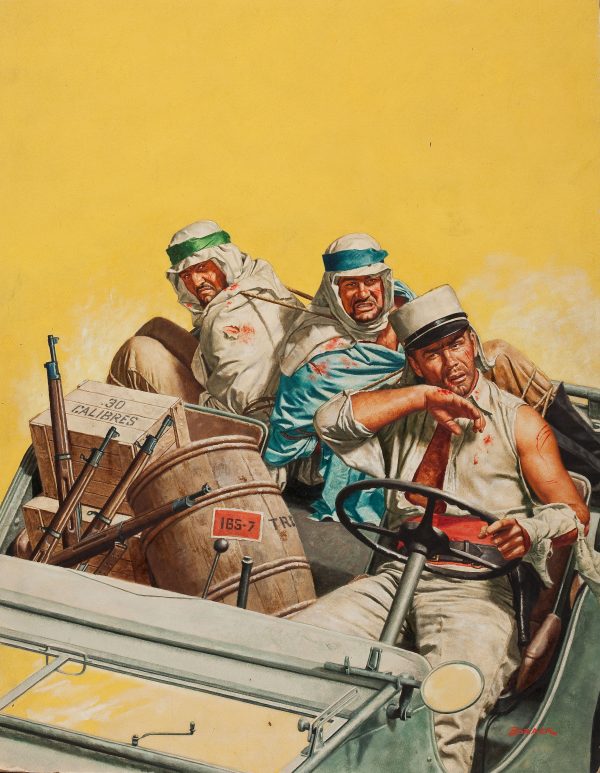 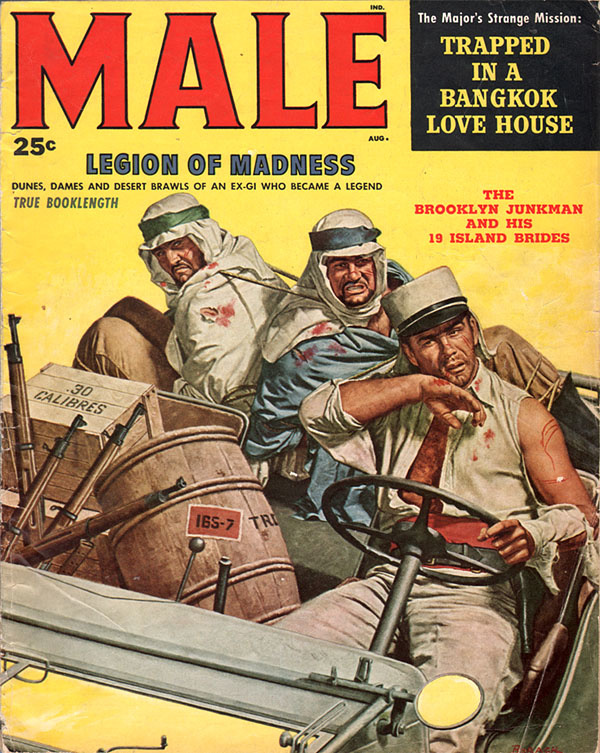 Dunes, Dames And Desert Brawls Of An Ex-GI Who Became A Legend 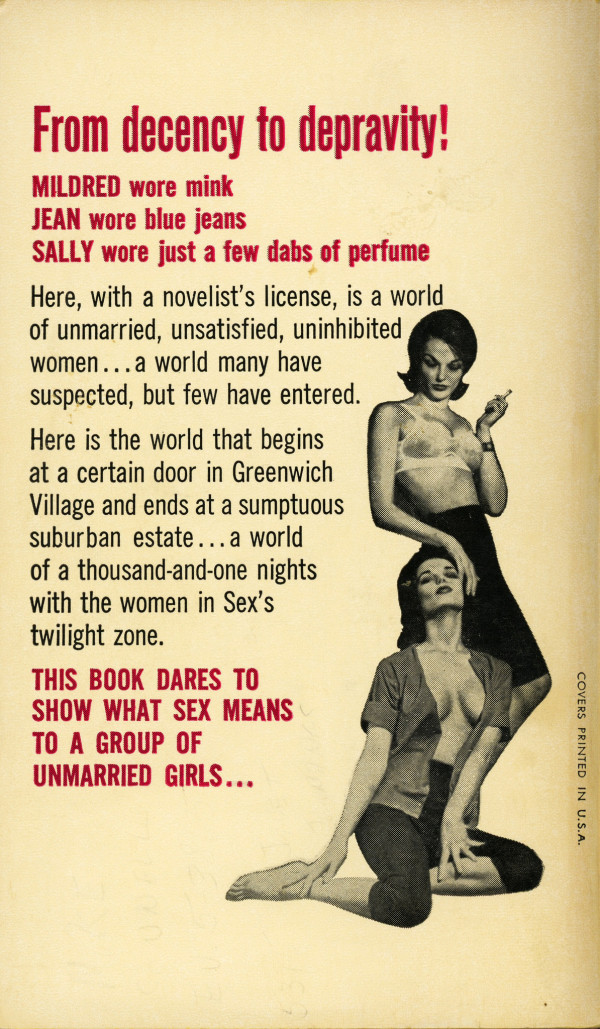 They were single girls — with a single urge!
An off-limits tour of female America from high society to Lesbos Alley

Cover reused from A Woman’s Woman 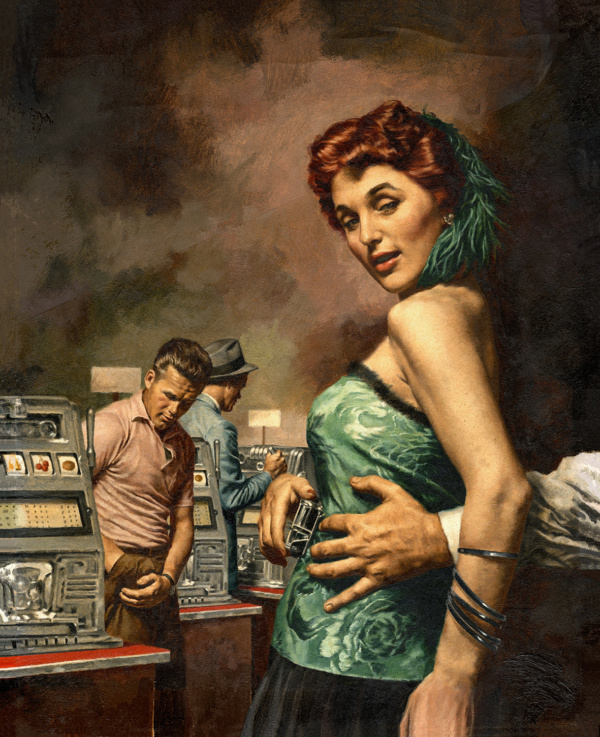 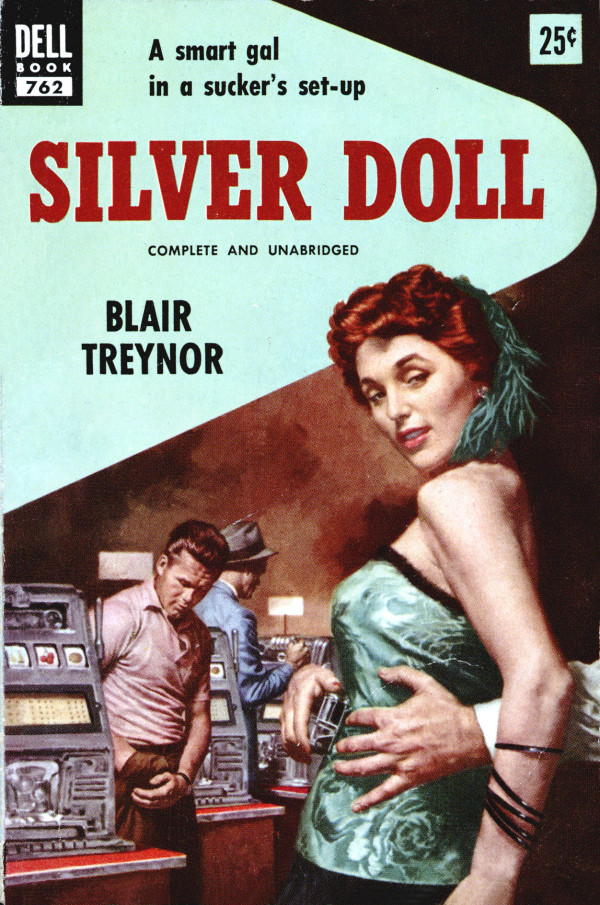 A smart gal in a sucker’s set-up 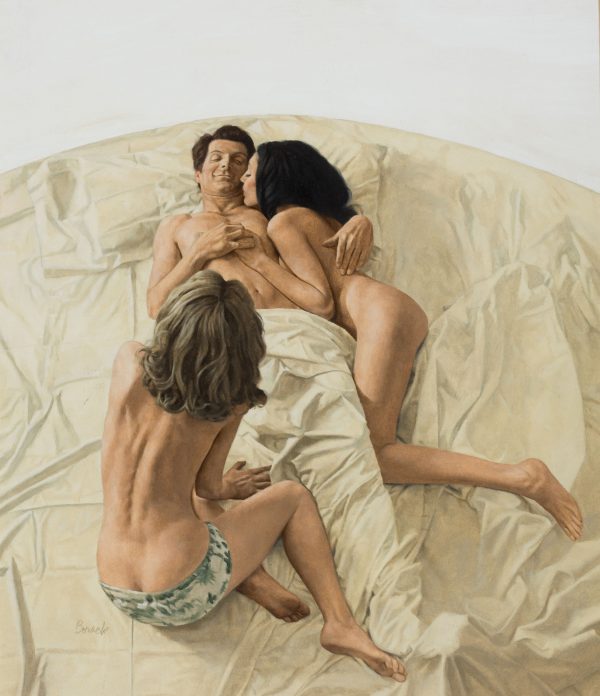 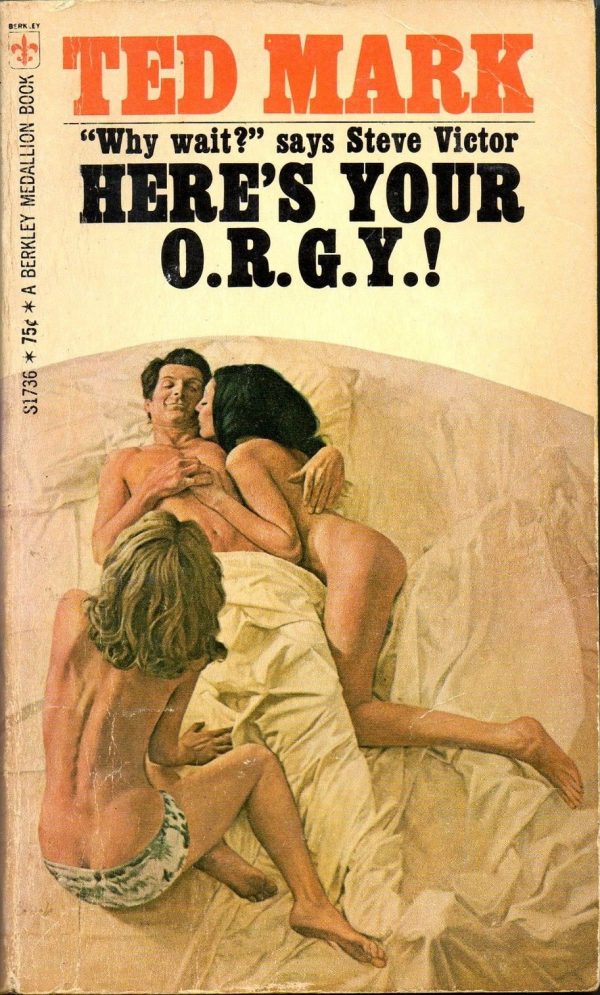 HERE’S YOUR O.R.G.Y.!
(Or it will be, if Steve Victor can come up to the mark. Or the Mark can come up to the Victor !)
Steve is off on a wild, swing-a-ling search for some prime O.R.G.Y. material, to wit:
( 1) One natural (Has to be proved!) blonde (and busty) hippie.
(2) One sex-starved married woman. She’s got to be gorgeous, French, and a titled aristocrat.
(3 ) One well-developed Pygmy princess—with a Ph.D. in psychology from Oxford University, yet!
(4 ) One redheaded Danish virgin—not pastry, virgin.
(5) One shapely sabra, willing to lay down her rifle for an O.R.G.Y.
If Steve can round up this fetching cargo for Sheikh Ali Khat, he can pay off a real debt. The elimination bouts are frenzied, it’s no-holds-barred with the competition, and Steve’s only hope lies in his ability to maintain a stiff upper . . . lip! 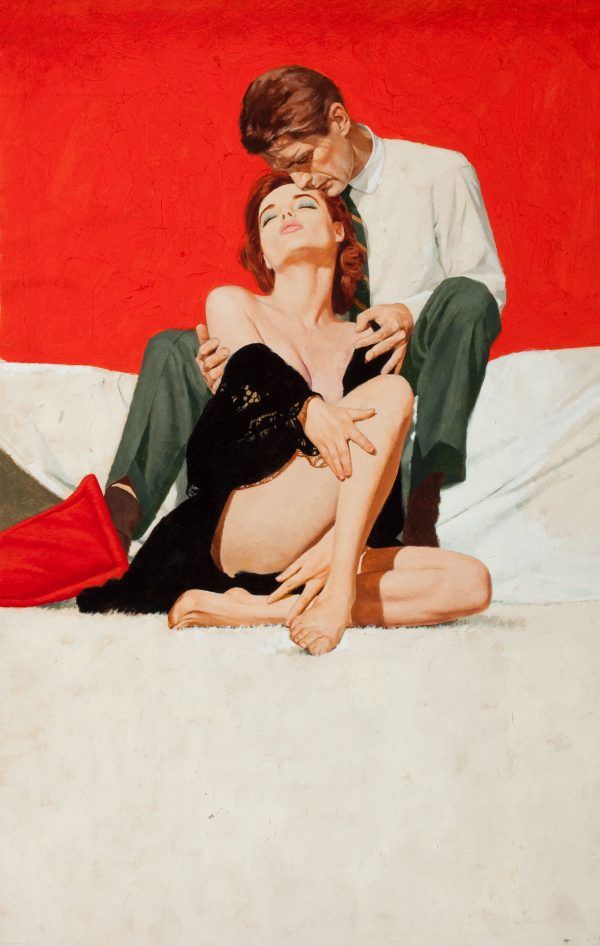 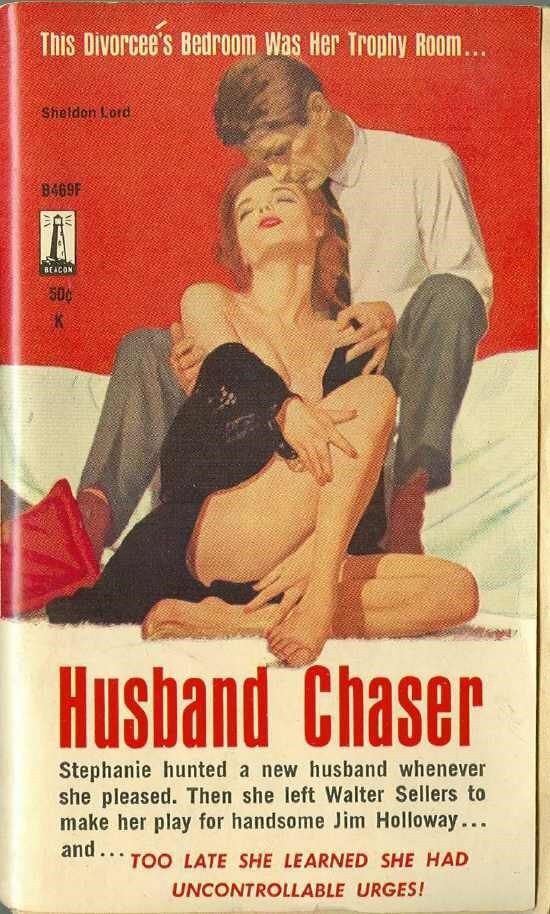 This Divorcée’s Bedroom Was Her Trophy Room…

Stephanie hunted a new husband whenever she pleased. Then she left Walter Sellers to make her play for handsome Jim Holloway…and…Too Late She Learned She Had Uncontrollable Urges!” 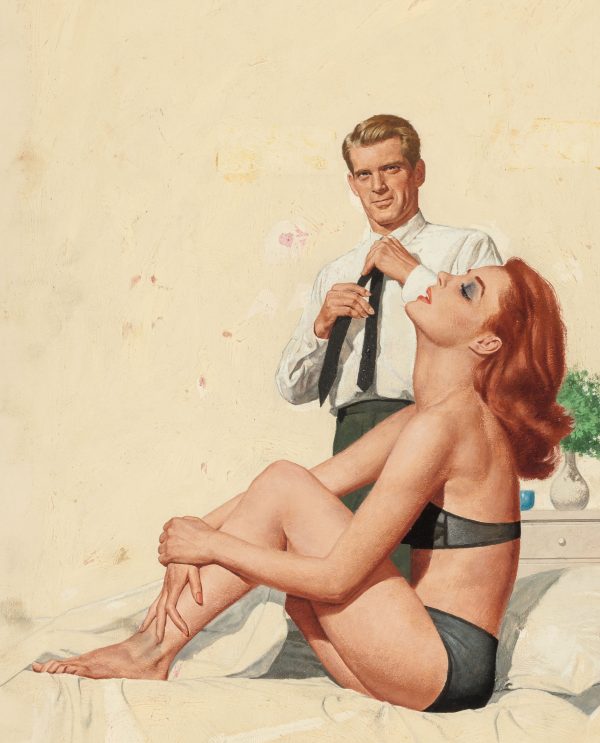 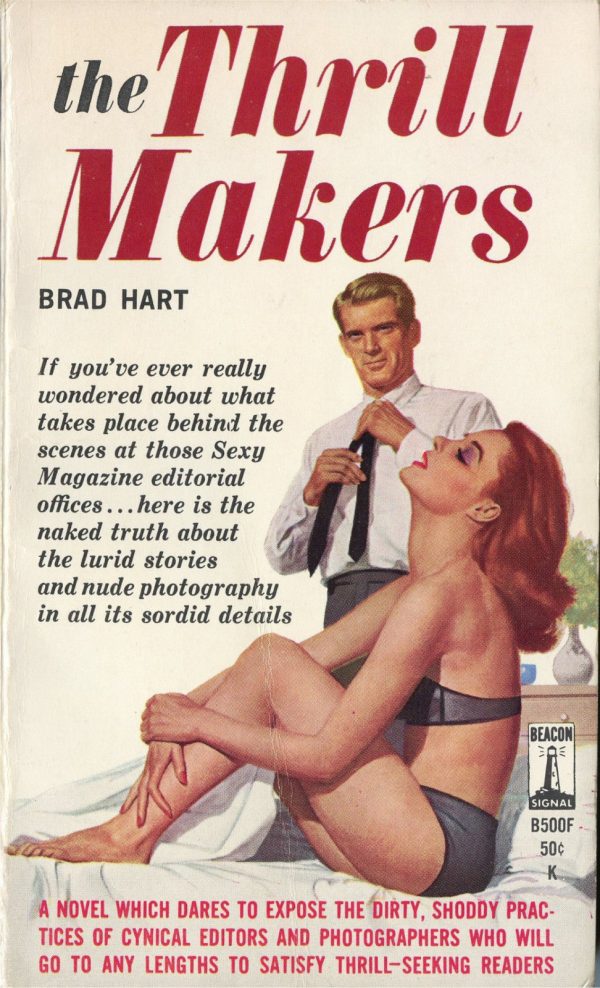 If you’ve ever really wondered about what takes place behind the scenes at those Sexy Magazine editorial offices… here is the naked truth about the lurid stories and nude photography in all its sordid details.

A Novel Which Dares To Expose The Dirty, Shoddy Practices of Cynical Editors and Photographers Who Will Go To Any Lengths To Satisfy Thrill-Seeking Readers

Here at last is an unvarnished, dynamite-laden account of the girlie-book publishers and what makes them tick. 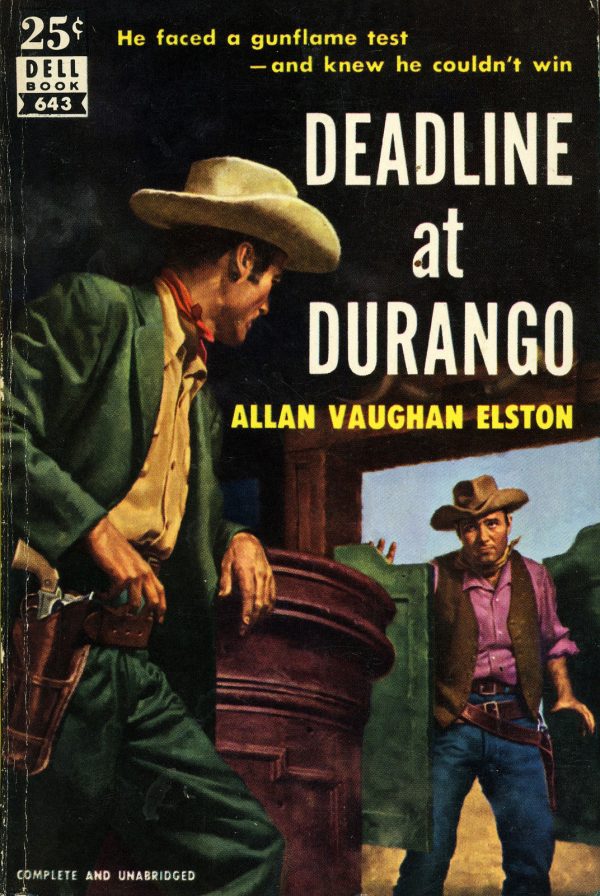 He faced a gunflame test — and knew he couldn’t win 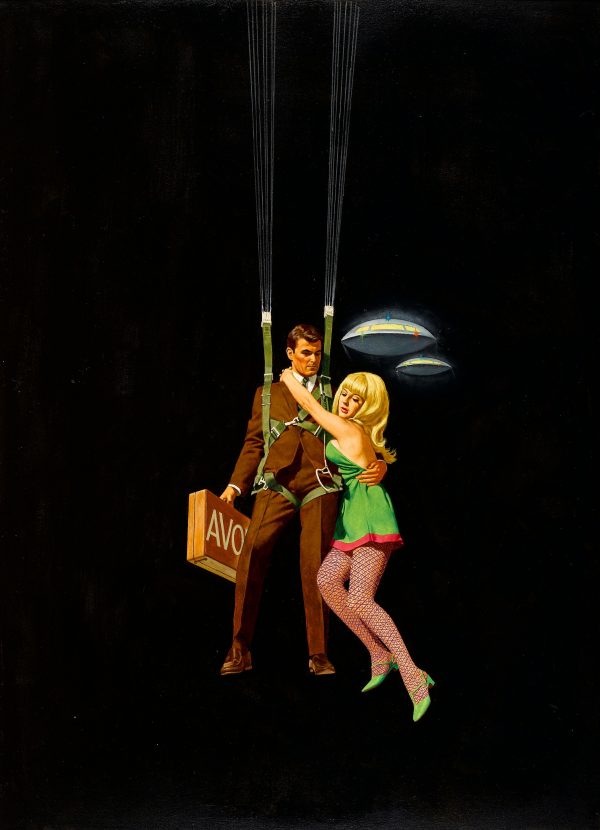 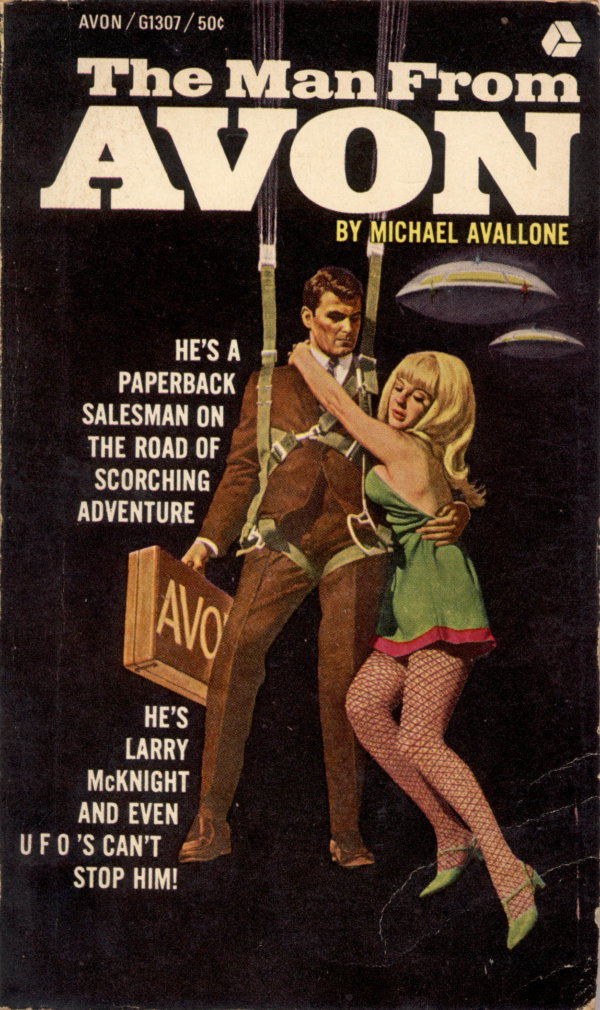 He’s A Paperback Salesman On The Road Of Scorching Adventure. He’s Larry McKnight And Even UFO’s Can’t Stop Him!

Brought to you by Avon Publishing. 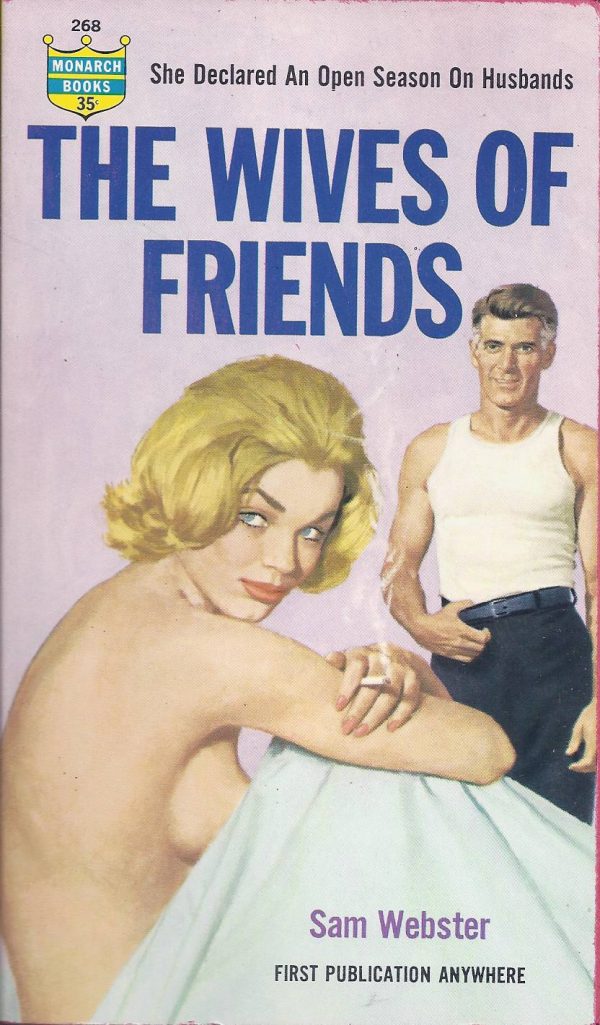 She Declared An Open Season On Husbands 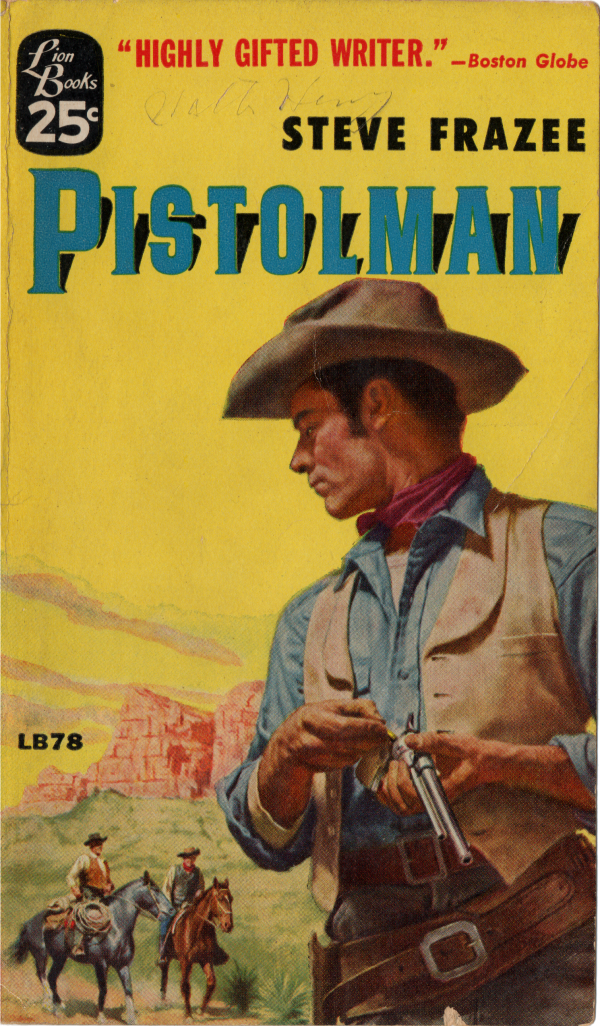 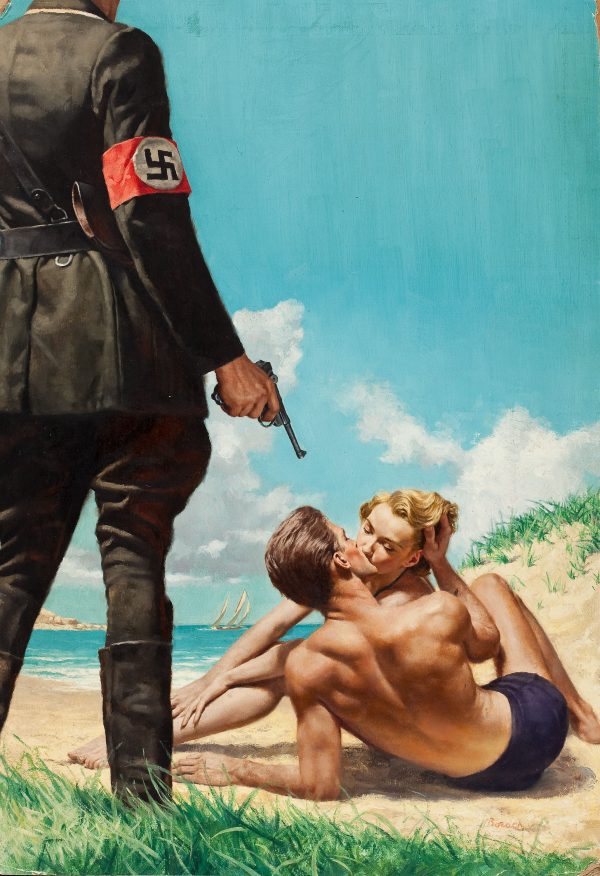 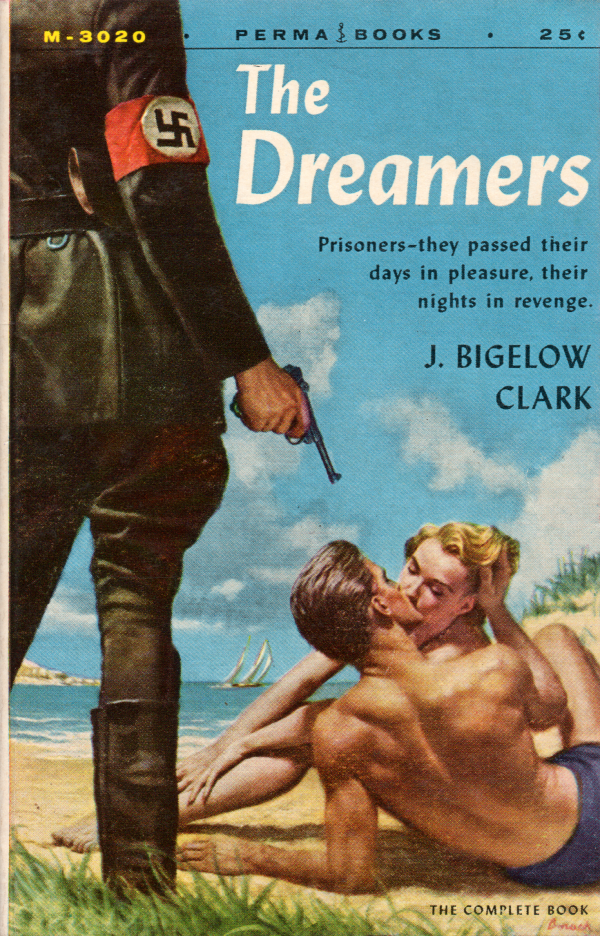 Prisoners — they passed their days in pleasure, their nights in revenge 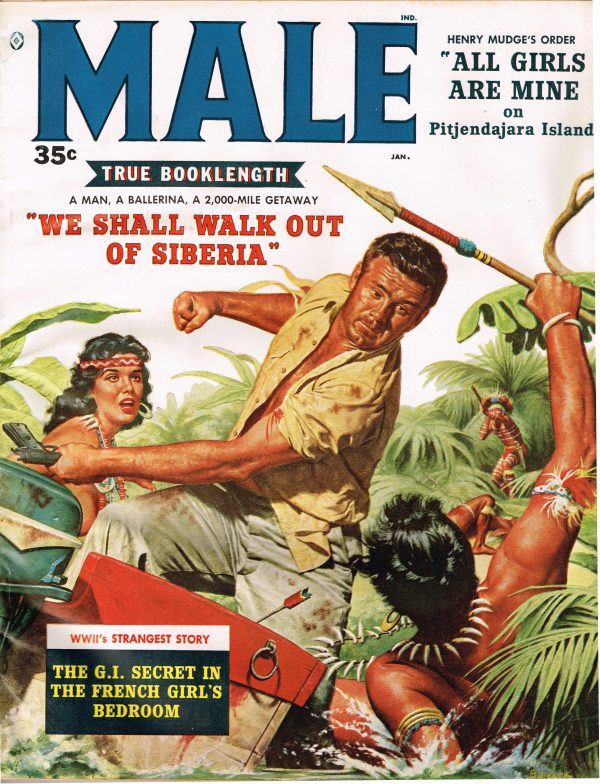 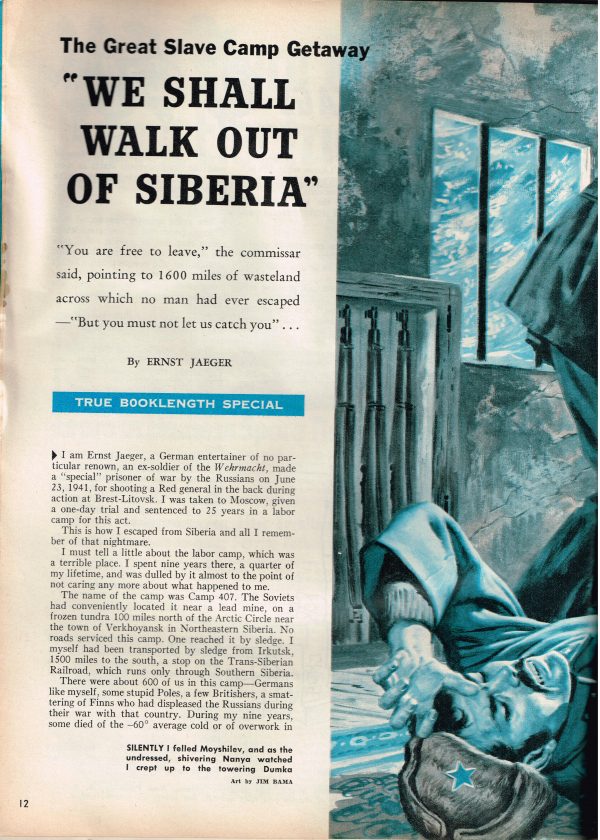 Also featuring A Man, A Ballerina, A 2,000 Mile Getaway: We Shall Walk Out Of Siberia (illustrated by James Bama), and The G.I. Secret In The French Girl’s Bedroom